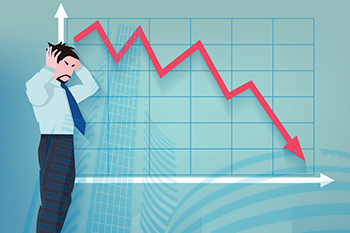 Shares of Gitanjali Gems, Amtek Auto, Easun Reyrolle and Panoramic Universal hit 5% lower circuit after NSE and BSE announced that they would suspend trading in these firms next month.

BSE and NSE will suspend trading in shares of as many as nine firms, including banking fraud accused Mehul Choksi's Gitanjali Gems, from September 10, 2018, for not complying with listing norms pertaining to submission of financial results.

However, if any company complies with the provisions of the Listing Obligations and Disclosure Requirements (LODR) regulations on or before the prescribed date, trading in those companies will not be suspended, according to separate communications dated August 17, 2018, from the exchanges.

Meanwhile, shares of Thambbi Modern Spinning Mills, Indo Pacific Projects, and Samruddhi Realty were trading in the range of 2-5% lower on the BSE.

In a circular, the NSE said that if the above companies failed to comply with the provisions of LODR regulations on or before September 5, 2018, trading in their equity shares would be suspended from September 10, 2018, and suspension would continue till the time they comply.

In addition, 15 days after the suspension has been effected, trading in the shares of non-compliant companies would be allowed on a trade-for-trade basis in the Z category only on the first trading day of every week for six months.