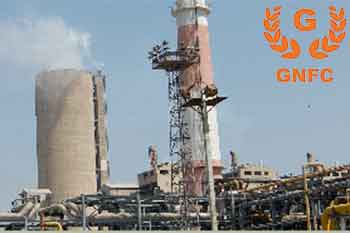 Gujarat Narmada Valley Fertilizers & Chemicals Limited (GNFC) reported its highest ever PBT of Rs450cr for Q4 FY21, showing a healthy increase of 229% as compared to Rs137cr in Q4FY20. Revenue increases by 29% at Rs1,733cr as compared to Q4 FY20 backed by the better realisation of chemical products.

The company on Monday reported a 29.37% growth in net profit at Rs308.03cr for the quarter ending March 31 compared to the same period of the previous financial year.

Inspite of a slight decrease in sales volume of fertilizers as well chemicals in Q4FY21 as compared to Q3FY21, the revenue from Operations has gone up by 15% from Rs1,508cr to Rs1,733cr due to better realisation of industrial chemicals.

During the FY21, the fertilizer segment results were reduced from Rs216 to Rs(24cr) mainly due to Covid-19 forced shut down of plants during FY21 resulting in to production and sales losses as well as one-time urea subsidy income of earlier years booked in FY20 (Rs.160 crores on comparable basis).

The Board of Directors has recommended a dividend of Rs8/- per equity share of Rs10 each (i.e. 80%) for the year ended March 31, 2021, subject to the approval of shareholders in the ensuing Annual General Meeting.

Further, the Board has cleared the Capex plan of Rs1,250cr for its various product lines like Ammonia, Weak Nitric Acid (WNA) and AN Melt.

During FY21, Company is out of Minimum Alternate Tax (MAT) regime and is now under normal tax regime. On the liquidity front, due to additional allocation of budget Rs65,000cr by GoI, the company has received highest ever subsidy of Rs1,722cr during FY21, which has improved the cash position of Company substantially.