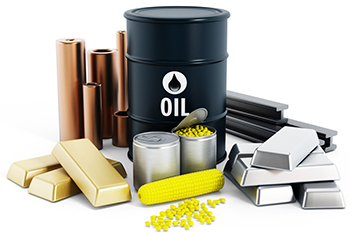 In the previous session, MCX Gold remained sideways as it failed to give a breakout of the range. On the hourly chart, MCX Gold prices have fallen below the 100 EMA, which suggests a negative trend in Gold. Prices have so far found support around earlier swing lows. However, momentum indicators like RSI (14) as well as MACD are in negative crossover and falling. The overall trend looks negative with immediate support seen at 37800. Below 37800, Gold may drift down towards 37650-37500 over the near term.

MCX Crude Oil slipped after forming a double top on the hourly chart. However, the fall was limited to 70% of its rise in the previous session from 3813 to 4015. Recovery from around 3875 led to a rise in the price till 3968. Momentum indicators like RSI and MACD have entered in positive crossover and are expected to boost a positive movement in the near term. However, any fall below the support of 100EMA may once again induce bearishness in the price. A decisive fall below 3915 may trigger correction towards 3800. On the higher end, resistance is visible at 3960/4000.

MCX Nickel has been consolidating within the range of 1180-1215 on the hourly chart. Lack of a strong trigger may keep Nickel prices rangebound going forward. On the other hand, a decisive breakout on either side may induce further strong movement in the direction of the breakout.