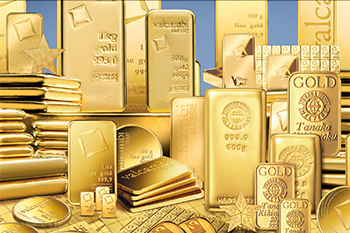 The current crisis in equities and commodities has staged a robust comeback for the safe haven, gold. In 2016 so far, investment in gold has been the highest among other investment / asset class such as equities and crude oil.

The surge in gold inflows in 2016 is epitomized by the fact that SPDR Gold Shares, the world’s largest bullion exchange-traded fund, attracted US$ 4.55 billion of new money in 2016, the most among all US-listed ETFs. Thanks to the global as well as domestic market momentum, NSE Gold ETFs posted impressive gains.

The scene last year was contrary when investors showed less interest in the yellow metal as the stock markets were offering hefty returns. But this year, Gold has offered the highest return in the current year, in sharp contrast to the rapidly prevailing pessimism in equities and other investment tools with recovery nowhere in sight.

Subdued stock markets have adversely impacted mutual funds. But, Gold Exchange Traded Funds (ETFs) have emerged star performers. As compared to the return of 18% in spot price of 24-carat gold in India, Gold ETFs like Axis Gold and Religare Gold offer a hefty return of 19.47% and 19.10% respectively in 2016 so far.

Though gold, in a physical form or as an ETF, has been offering impressive return on investment (RoI), barring a few, shares of gems & jewellery companies have disappointed investors big time.

With Union Finance Minister Arun Jaitley announced levying 1% excise duty on gems and jewellery in the Union Budget 2016, the sector has been pushed on a backfoot. However, this might not have much impact in the gold prices as the amount of safety it offers is better than equities and commodities, at least at present. Earlier, too, the government had made it mandatory to submit PAN card on purchase of gold more than Rs. 2 lk, but such move of the government also could not restrict buying in gold as safe investment. Amid, increasing volatility in equities, commodities and currencies, gold prices are expected to see further surge.