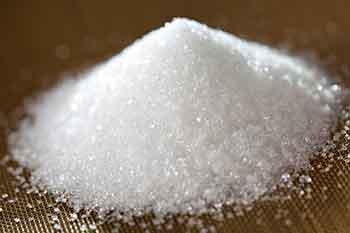 With the aim of benefitting Sugar farmers and in order to clear their arrears/cane dues, the Union Government has decided to increase the Minimum Support Price (MSP) of Sugar from Rs29 per kg to Rs31 per kg for the year 2019-20.

The benchmark price of sugar sold at factory gate has been increased by Rs2 to Rs31 per kg to boost the liquidity of millers and help them clear arrears of sugarcane farmers ahead of the Lok Sabha polls, as per government data.

The announcement was made by the Union Minister of Consumer Affairs, Food and Public Distribution, Ram Vilas Paswan.

The Department of Food, Ministry of Consumer Affairs, Food and Public Distribution has made this key decision of increasing MSP by Rs2 per kg in order to provide more liquidity to the Sugar Mills so that they are able to pay the arrears or dues to the Sugarcane farmers, as per a press note released by the Government.

Addressing media after the announcement, Union Minister of Consumer Affairs, Food and Public Distribution, Ram Vilas Paswan asserted that the main objective of the Prime Minister Narendra Modi led government is to ensure farmers’ welfare and growth and this move is another step in that direction. Paswan said that the hike in MSP will lead to increased income and savings for the Sugar Mills which will then be passed on to the Sugarcane farmers.

The Department of Food and the State governments will also be able to monitor the sale of Sugar at the new, revised MSP rate so as to ensure that the Sugar Mills are utilising their increased liquidity to pay farmers’ dues. As on February 13, 2019, the Farmers’ dues amount to Rs20,167cr, while the same computed at FRP amounts to Rs18,157cr.

EID Parry, Balrampur Chini, Dhampur Sugar will be in focus after the government's announcement.