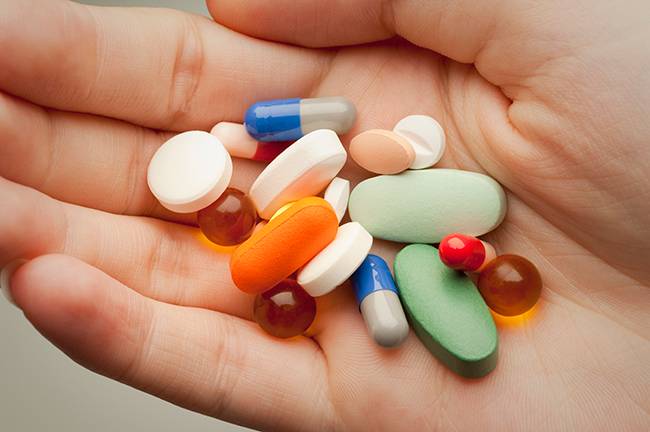 A sudden increase in the demand has been observed in some States for Amphotericin-B, which is being actively prescribed by the physicians to the patients suffering from Mucormycosis, which has been seen as a post COVID complication.

Through active measures to augment production, and import and ensure equitable distribution, the Government has been able to mobilise over 6.67 lakh vials of the Amphotericin B for patients in the states and UTs and Central Health Institutes, in addition to other drugs such as Amphotericin Deoxycholate and Posaconazole being used for the treatment of this disease, as per the Ministry of Chemicals and Fertilizers..

The Department of Pharmaceuticals (DoP) along with inputs from CDSCO has been continuously assessing the availability of drugs for treating Mucormycosis - both through domestic manufacturing and import. Since early   May 2021 the details of production, stock, supplies made and purchase orders were obtained from the manufacturers and their cooperation sought to overcome the gap between supply and demand. An inter-departmental meeting was held on 10th May 2021 with the Department of Pharmaceuticals, Ministry of Health & Family Welfare (MoHFW), Central Drugs Standard Control Organisation (CDSCO) and Directorate General of Health Services (DGHS)to take stock of the situation. A view emerged that allocation of limited stocks among the States/UTs would ensure that all States get a fair chance of accessing a share of the available supplies, till the supply demand gap is overcome.

In order to augment the domestic manufacture, the Government is continuously engaging with the manufacturers to resolve their issues related to raw materials. Department of Pharmaceuticals and the Drug Controller General of India (DCGI) have actively coordinated with the industry for identification of manufacturers, alternate drugs and expeditious approvals of new manufacturing facilities. The manufacturing firms were contacted and have been sensitized about the need to increase production. The existing manufacturers have also been called upon to increase production of Liposomal Amphotericin-B. Ramping up production of alternative drugs/forms for treating the disease is also being actively pursued with the manufacturers. Various concerns of manufacturers and importers, including those related to licensing and availability of raw material issues, import license are being speedily addressed.

The domestic production capacity of Amphotericin B Liposomal Injection has increased from about 62000 in April 2021, to 1.63 lakh vials in May 2021 and is expected to cross 3.75 lakh vials in June, which is a fivefold increase in a short time span.

Department of Pharmaceuticals and the Indian Embassy in the USA are working continuously with the Mylan Labs for increasing import and ensuring early delivery from M/s Gilead Inc. USA. Out of total Orders placed with Gilead for 9,05,000 vials, the stocks of 5,33,971 vials have already been received till 16th June by M/s Mylan, the main importer. The remaining deliveries are being expedited.

Supply arrangements are being monitored by the National Pharmaceuticals Pricing Authority (NPPA) under the Department so as to ensure expeditious availability of the drug to the needy. NPPA has put in place a strongly responsive system to ensure timely supplies of allocated volumes and maintains continuous contact with States / UTs and suppliers to trouble shoot any issues in reaching the drugs to the Health Departments of States/ UTs.

On 7th June, 2021, MoHFW has circulated the advisory of the National Task Force on COVID-19 for treatment and management of Covid related Mucormycosis (CAM), which explains in detail, the manner and conditions under which various Mucormycosis drugs like Amphotericin B lipid complex, liposomal Amphotericin B, Amphotericin deoxycholate form, Posaconazole etc. are to be used. Department of Pharmaceuticals has also on 10th June, 2021 issued an advisory to the Health Secretaries of all State governments/UTs reiterating the need of ensuring judicious use of allocated drugs and efficient distribution within their State/UTs.

Government continues to closely monitor in contact with state governments and manufacturers, the production, import, supplies and availability of the drugs required for treatment of Mucormycosis.