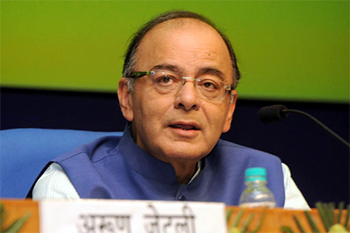 Finance Minister Arun Jaitley today announced in a press conference that the GST Council has finalized a four-rate tax structure - 5%, 12%, 18% and 28%, as per media reports.

Arun Jaitley chaired the GST Council which started its two-day crucial meeting today to decide on tax rate including the levy of cess and sort out the vexed issue of jurisdiction over assessees.

Besides, a top rate of 40% for demerit goods like tobacco, aerated drinks and special utility vehicles has been proposed. This is a departure from Centre’s proposal of a 6% floor rate and 26% peak rate.

Foodgrains are likely to be exempted from the GST, and tobacco products may be taxed at 40%, FM Jaitley said.

Finance Minister said that the Government has kept about 50% of products in the consumer basket, such as food grains, as "zero-rated".