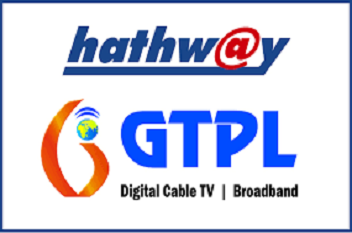 
The company stock was bullish on Friday and ended trade at Rs130.30 up by Rs5.45 or 4.37% from its previous closing of Rs124.85 on the BSE. It hit a day's high of Rs134.40 per piece on Friday.
The cable service provider company reported consolidated Q4FY21 revenue (ex-EPC) at Rs599cr; up 29% yoy. For the whole Fiscal consolidated revenue (ex-EPC) stood at Rs2148.4cr; up 21% yoy. The Media company announced this on Friday in the financial results for the fourth quarter and twelve months ended on March 31, 2021.

“GTPL Hathway consistently delivered on key KPIs, despite lockdown and restrictions in FY21. The highlight of FY21 was the growth in subscription revenues for both CATV and Broadband business, strong profitability, net-debt free status, geographical expansion, healthy balance sheet and improved return ratios.

We have reduced our gross debt by Rs693 million in FY21. Additionally, the Company’s board has recommended to increase the dividend to Rs4 per share in FY21. The Company associated with Mr. Boman Irani as its Brand Ambassador during Q4FY21. GTPL is gearing up to launch new products and services in FY22, thereby propelling its value-proposition in existing and new markets,” Anirudhsinh Jadeja, Managing Director, GTPL Hathway said.