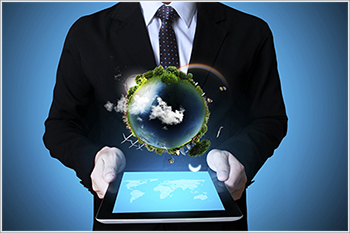 During Mid-October, many of us would have heard the beep of our phones, notifying the Universal Account Number (UAN) for the Employees' Provident Fund (EPF). The launch of UAN will revolutionize the way we plan retirement, but some might feel disappointed to learn that withdrawals from PF will not come to an end.

How UAN Will Change Things?
Until now an employee had to go through a complex process for transferring his provident fund amount while switching jobs. Such hassles forced employees to withdraw their PF amount under the provision allowed for two months of unemployment. Moreover, the absence of any verification from the authorities had made the withdrawals easy. Thus, the loose ends in the previous system and easy withdrawals has made the employees habitual of including provident fund amount as part of their take away package at the time of retirement. Thankfully, this will change from now on as UAN will identify an employee uniquely without the intimidation of the employer. That would eliminate the need of withdrawals and at last, will dedicate a corpus for retirement.

Activating UAN
An employee can find out UAN on Employees' Provident Fund Organization (EPFO) website by punching in EPF number. If the same is not available, then one has to go through Know-your-Customer (KYC) process in order to get one. Once this is over, an employee could activate the UAN by visiting the site and getting one-time password against the UAN and member ID, in order to view EPF passbook. A member could link all of the past accounts under the UAN, however, the amount has to be transferred using online transfer claim portal facility (OTCP). The option is available on website www.epfindia.com under the OTCP link.

Way Ahead
The system of UAN will automate eventually. For now, employees who appear on records as on January this year have been automatically alloted UAN, others would have to manually create one. The benefits of UAN would be understood in time to come as more and more employees would have one way of creating the retirement corpus, which will remain untouched until the right time.