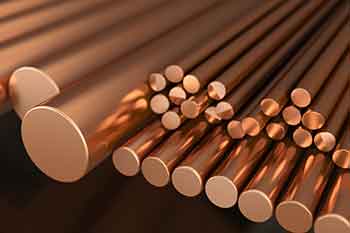 Jayanta Roy, Senior Vice-President and Group Head, Corporate Sector Ratings, ICRA said: “The prevailing global supply-demand scenario in both aluminium and copper has been conducive to a price recovery, given the deficits of these metals in the physical market. But weak macroeconomic sentiments arising out of the trade tensions weighed on prices thus far.”

Macro-economic uncertainties, as well as weaker sentiments due to the trade wars, have led to sharp slowdowns in global consumption growth rates of aluminium and copper to ~0.1% and ~0.3% respectively during 9m CY2019, from the ~4.0% and ~2.3% growth rates registered in CY2018. As per ICRA, despite muted consumption levels, the markets of these two non-ferrous metals continued to remain in deficits in this period, with shortages expanding on a yoy basis, as production growth rates were even lower than the growth rates in demand. The slowdown in production growth of aluminium and copper was, in turn, a result of capacity constraints, which is unlikely to improve significantly in the near term as utilisation rates of operating capacities is already high.

The global aluminium market has remained in deficits, varying from ~0.07 to ~1.05 million metric tonnes (MMT) for the last ten quarters, because of capacity cutbacks in China. While aluminium production in the country started increasing in the second half of the last calendar year, a further shut down of some loss-making capacities resulted in a production de-growth from March to September 2019. No meaningful improvement in the supply scenario is envisaged in the near term as the idled capacities are unlikely to resume production unless aluminium price strengthens further. Moreover, the total capacity of fresh aluminium smelters to be commissioned globally in the near term is also limited. The copper market has also remained in deficits in the last six quarters post-shutdown of the 0.4 MMT copper plant of Vedanta in Tuticorin.

On the other hand, a prevailing surplus of zinc in the global market has kept its price subdued. For instance, in the last three months, zinc prices have corrected by ~3%. During the current calendar year, global mine production of zinc has increased through a ramp-up in production in newly operationalised mines in Australia and South Africa. Higher mine production has, in turn, led to higher metal production of ~0.9% in 9m CY2019, when consumption growth of the metal was muted at ~0.3%.  Although cumulatively the global zinc market was in a deficit of ~0.21 MMT during 9mCY2019, the market turned into a surplus in October 2019, and the trend is likely to continue, going forward, which in turn would keep zinc prices under check.

As per ICRA, domestic demand for non-ferrous metals in FY2020 has been impacted by the slowdown in the automobile and construction sectors. Consequently, consumption growths of aluminium, copper and zinc are likely to be muted at ~2-4%, which is lower than the ~3-5% growth rates expected earlier. Notwithstanding the muted demand growth, the impact of the shutdown of Vedanta’s copper complex has resulted in a shortage of copper in India. The deficit in copper, which was at ~39% of consumption, is likely to expand to ~43-45% in FY2020.  Consequently, India turned into a net importer of refined copper in FY2019 from being a net exporter till FY2018. The country, however, remains a net exporter of aluminium and zinc as domestic capacities are higher than demand, and manufacturers operate the plants at high asset utilisation levels.