As per data, the number of passenger flew dropped to 113.49 lakh in February compared to 125.08 lakh in January.  The overall cancellation rate of scheduled domestic airlines for the month of Feb 2019 has been 1.89%. 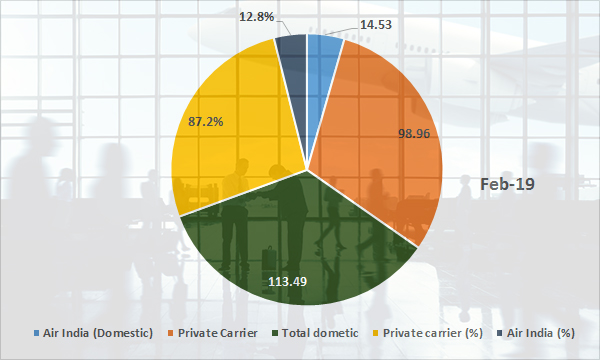 According to the data, low-cost carrier SpiceJet had the highest passenger load factor (PLF) -- a measure of capacity utilisation of an airline -- at 94%, followed by GoAir at 92.6%, AirAsia India at 91.8%, Vistara at 89.1%, and IndiGo at 88.4%. Air Heritage had reported passenger load factor at 96% in February.