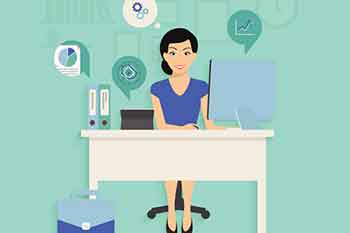 The IHS Markit India Services Business Activity Index recorded 49.3 in March, down from February's 85-month high of 57.5. The headline figure fell by over 8 points, undoing the strong gains in growth momentum seen throughout 2019 so far. According to panel members, business activity was reduced in response to weaker demand. The global COVID-19 pandemic reportedly led a fall in new orders from clients, particularly overseas. That said, the decrease in output was mild overall. March data were collected between 12-27 March.

Latest survey data pointed to the first fall in order book volumes at Indian service providers since September 2019. Although the drop in demand was modest, it was the sharpest for just over two years. There were widespread reports of new business receipts struggling due to the COVID-19 outbreak, deterring discretionary spending. A number of firms also mentioned lower sales as a result of liquidity issues. Poor conditions in overseas markets led to the sharpest deterioration in foreign demand since exports data were first collected in September 2014. The global COVID-19 pandemic had a far-reaching impact on the ability of firms to source new work intakes from abroad.

Firms responded by reducing their workforces as intakes of new business were insufficient to maintain payroll numbers. That said, input costs rose at the slowest rate in six months as market prices for food and fuel were cut by suppliers.