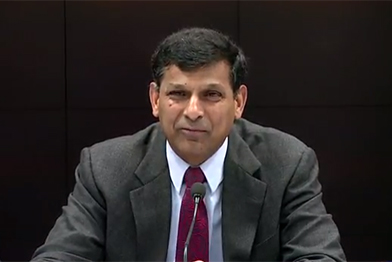 The Reserve Bank of India’s stance on holding policy rates was expected. Inflationary pressures have increased, and external vulnerabilities continue to loom. Against this context, the statement of an accommodative monetary policy comes as a welcome reassurance.

“The policy announcement today is in line with market expectations. The economy is improving with companies posting significantly better results in quarter four FY16 as compared to previous 6-8 quarters, and there has been a gradual movement in investment cycle, including the rural economy, which is expected to strengthen with a normal monsoon. The policy statement is a comprehensive with a well-balanced articulation of all these factors,” George Alexander Muthoot, Managing Director, Muthoot Finance.

“The Reserve Bank of India’s stance on holding policy rates was expected. Inflationary pressures have increased, and external vulnerabilities continue to loom. Against this context, the statement of an accommodative monetary policy comes as a welcome reassurance. A more immediate priority is an improved transmission of the rate decreases thus far: this, as much as the monsoons is vital for further economic growth,” Anand Natarajan, Head of Strategy and Business Execution, Fullerton India Credit Company.

“As expected the RBI has maintained a status quo due to upside risk in CPI, though they have maintained the target at 5% at the end of FY17. This has lowered the chance for any reduction in interest rate in the medium term. RBI is interested in monitoring the reduction in cost of fund through the implementation of the new liquidity framework and the transmission in the lending rate. Any reversal in CPI trajectory led by good monsoon, improvement in transmission and the effect of FED policy meet to the USD/INR will guide the future measures from RBI,” Vinod Nair, Head of Research, Geojit BNP Paribas Financial Services.

“While the monetary policy of leaving rates unchanged was on expected lines, the biggest take away from the policy is the Governor’s dovish stance on future policy move. The central bank’s assurance that it will do everything to contain volatility in the money markets during the FCNR-B deposit redemption is also heartening. With an above-normal monsoons forecast, one hopes that the RBI’s concern on upside risks to inflation is not materialised and the next policy in August compensates for the pause today,” Thomas John Muthoot, Chairman and Managing Director, Muthoot Pappachan Group.

"The RBI's decision to keep the headline repo rate unchanged, at 6.5%, comes as no surprise. The markets had, after all, factored in this decision, as evidenced by the fact that the Sensex did not sway much immediately following the announcement. Staying true to his form, Raghuram Rajan made it clear that the RBI's decision to cut rates in the future depended, primarily, on inflation levels. Retail inflation was expected to come in at 5% for the month of May; however, a reading of 5.4% has made the RBI wary of further rate cuts. Rajan made it clear that a rate cut is not out of the question in the future, citing that the RBI is looking for room to ease. Provided that there is a good monsoon season, coupled with stable food prices, the probability of one rate cut by the end of 2016 remains high,” Raghu Kumar, Co-founder, RKSV.


“RBI Governor Raghuram Rajan’s decision to keep the repo rate unchanged at 6.5% is disappointing, though not unexpected. As the RBI had already announced a 25 basis point repo rate cut in its April policy review, and with retail inflation rising to 5.39% in April from 4.83% in March, expectations of a rate cut were extremely muted. Since retail inflation is expected to rise due to the rally in crude oil and other commodities prices and implementation of the 7th Pay Commission recommendations, it is clear the RBI is focussed on lowering retail inflation to 5% by March 2017. Nonetheless, since demand in real estate and allied industries remains sluggish, a rate cut could have improved liquidity and created renewed interest in property purchase. But with the RBI stating its monetary policy stance is “accommodative”, one is hopeful a rate cut may be in the offing in the latter half of 2016,” Vineet Relia, Managing Director of SARE Homes.

“There was a compelling case to cut interest rates amidst favorable monsoon outlook, CPI inflation. While NDAs has taken progressive reforms & fiscal consolidation there is a need to nurture growth, still RBI has preferred to remain cautious. It appears that the uncertainties on the global horizon with Fed policy overhang and UK Brexit vote tipped RBI’s decision in favour of a status quo. With its accommodative stance still in place, I now see high probability of a rate cut in August by at least 50 bps,” Mamta Binani, President, ICSI.

Sinclairs Hotels to sell land in Kolkata for Rs27 crore; Stock up 2%