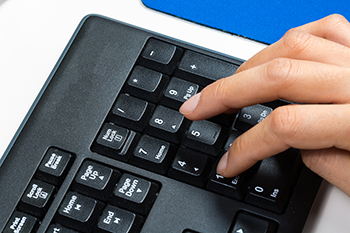 The fourth quarter of a fiscal year has typically been a soft period for India IT companies. Finalization of the annual budget and lesser new project initiatives at most clients limit the overall spend in the quarter. However, as it has been over the past several quarters now, the growth experience of companies could be disparate driven by client/sector specific issues, ability to capitalize on increasing digital spends, success in client mining/acquisition and execution progress on large deals in hand. The reported dollar revenue growth would also be impacted marginally from the adverse cross currency movements during the quarter.

We believe that Infosys’s constant currency (cc) dollar revenue growth in FY16 could surpass the upper end of its guidance of 12.8-13%. This is expecting 2-2.5% cc qoq growth in Q4 FY16 which is quite plausible given impressive outcome from the new strategy in terms of improving wallet share and deal signings. For FY17, we estimate the management to guide for similar to FY16 growth ie within the range of 12-14%.

TCS is likely to put up a better performance as compared to Q3 FY16 by delivering 1.5-2% cc qoq growth. This would be despite persistent headwinds of sustained revenue decline in Diligenta and Japan region. Digital revenue (14% of total revenues) is expected to post good growth. Wipro, while being impacted the most from oil price fall owing to much higher exposure to Energy vertical, is estimated to deliver strong growth of 2.8% qoq in cc terms. This would be driven by acceleration in execution on some large deals won over the past 12-18 months. Q4 FY16 should turn out to be a good quarter for HCL Tech with dollar revenue growing by 2.5% qoq (modest growth in preceding two quarters) on the back of healthy momentum in infra services and order backlog. Notwithstanding the transient challenges faced in Communication vertical, Tech Mahindra is estimated to deliver an improved growth of 1.5-2% qoq aided by healthy performance in Enterprise segment.

Amongst mid-cap IT companies, Cyient is likely to deliver a reasonably strong growth of 4%+ qoq underpinned by some improvement in organic growth momentum and higher contribution from Rangsons. Mindtree has already communicated that growth in Q4 FY16 will be weak on account of delay in ramp-up on few projects in BFSI and Retail/CPG vertical. Persistent is expected to post strong dollar growth of 7-8% qoq driven by improvement in underlying organic growth momentum and partial revenue contribution from the recently announced IBM deal.

Given material depreciation in the rupee versus the dollar on average basis and absence of one-off costs (present in Q3 FY16 due to Chennai floods), the operating margin for most players would expand. However, the extent would be contingent on level of revenue growth and extraction of operational efficiencies. Tech Mahindra’s operating margin is expected to decline due to implementation of salary hike. Mindtree may also witness a mild contraction on the back of revenue deferment on some projects.

We have an overall positive investment view on the IT sector. With valuation reasonable for most players, patchy trend in growth seems to be adequately captured. In our view, well-placed companies should be able to deliver 14-15% cc dollar revenue growth over the next couple of years. The impact of pricing pressure on margin is likely to be mitigated by focus on employee productivity and expected gradual rupee depreciation. Our preferred picks are Infosys, Tech Mahindra, Mindtree and HCL Tech.