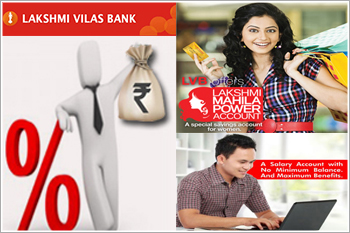 Lakshmi Vilas Bank, a growing private sector bank launched its mobile banking app to customers viz “LVB Mobile”. Shri P. Mukherjee, who has recently taken over as MD & CEO of Lakshmi Vilas Bank, launched the app in the presence of other senior officials of the bank.

Shri Mukherjee is a banker with a vast experience of 33 years predominantly in Axis Bank, and in State Bank of India. He has extensive knowledge in corporate banking, treasury, international trade and finance and held prestigious arrangements both in India and abroad. His last assignment was as the Group Executive – Corporate Relations and International Business in Axis Bank.

The Mobile Banking Application "LVB Mobile” will allow customers to do transactions via mobile, without visiting the branch. It is like “bank at finger tips”.

The app is smartphone-based (Android, Windows, IOS). The mobile banking app will have key facilities such as balance enquiry,  fund transfer, recharge of mobile, payment of bills, and other miscellaneous  features such as stop payment, cheque book request, blocking of  debit card, mini statement, and ATM and branch locator for customers. The bank is also working on introducing mobile wallet services soon. It has ambitious plans to provide the best in digital banking to its customers.

Speaking on the occasion, Shri. P Mukherjee, MD, Lakshmi Vilas Bank said “the bank has been on a growth path in the recent past and has also improved its asset quality considerably. It wants to keep abreast of competition in the digital space also and the launch of “LVB Mobile” is an important step in that direction”. He further added the Bank will take several such initiatives in the coming days”.

Adding to this, Shri Mukherjee said, "This day marks the Bank's foray into Digital Space ‎in more ways than one. He mentioned that the Bank is inaugurating its first Cash Deposit Machine at the Global Village Campus in Bangalore today and that the Bank has plans to install a total of 10 such machines in the next 2-3 months. He also said that the Bank is planning to soon open E lounges at important locations for the convenience of customers"