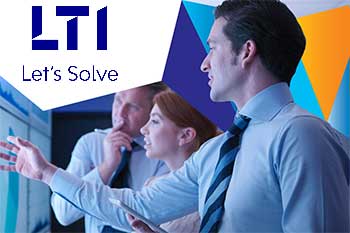 Larsen & Toubro Infotech Ltd has announced that the Board of Directors of the Company on Tuesday re-appointed Sanjeev Aga as an Independent Director of the Company for 2nd term for a period of five years effective from 9th November 2021 till 8th November, 2026.

Board of Directors also re-appointed Sudhir Chaturvedi, President – Sales as Whole-time Director of the Company for a period of five years effective from 9th Novembe, 2021 till 8th November, 2026.

In a business career commencing 1973, Sanjeev Aga held various senior positions in Asian Paints, Chellarams (Nigeria), and Jenson & Nicholson. In 1987, he joined Blow Plast to head the Furniture business and was made Chief Executive of Mattel Toys in 1990, and in January 1993, was appointed as Managing Director of Blow Plast with multi-business responsibility including the flagship VIP Luggage business.

In November 1998, he was appointed CEO of the telecom JV, Birla AT&T, which was renamed Idea Cellular. In July 2002, Sanjeev Aga left Idea to be with the Aditya Birla Group, where from May 2005 until October 2006, he was Managing Director of Aditya Birla Nuvo, a conglomerate with interests spanning diverse group businesses.

Sanjeev Aga studied in Scindia School, Gwalior, is an Honours graduate in Physics from St. Stephen’s College, Delhi (1971) and a post graduate from the Indian Institute of Management, Kolkata (1973). He is currently based in Mumbai.

Sudhir Chaturvedi has been the President – Sales w.e.f. September 12, 2016 and Whole-time Director of Larsen & Toubro Infotech (LTI) since November 09, 2016.

Sudhir possesses a unique blend of rich experience of over 27 years in Consulting, IT Services and Software products across Europe, USA and Asia. He is a specialist in the areas of digital transformation, strategic sourcing and, building smarter organizations.

Since joining LTI, Sudhir has been a key strategist of LTI 2.0 - company’s transformation program that is widely visible across brand development, market development and business development activities. The extraordinary impact of this multi-faceted transformation has led to a rapid rise in the brand value, industry-leading business growth, all-time high client satisfaction and exponential rise in shareholder value.

Before joining LTI, he served as the Chief Operating Officer for NIIT Technologies Limited (now Coforge Limited). His previous roles were with Infosys where he was the Senior Vice President and Head of Financial Services Americas Business Unit. Sudhir has also worked at Ernst & Young in the UK, and with AF Ferguson and Ogilvy & Mather in India.

Sudhir is a leading advocate of diversity and inclusion initiatives throughout his professional career. At LTI, his team represents a diverse and multi-cultural mix of senior executives representing more than 25 nationalities. Sudhir is a mentor and a coach to young managers in the company and is the executive sponsor of LTI’s award-winning initiative, iRise that is expanding and enhancing the pool of young leaders across functions. He has been listed among the Top 100 most influential BAME leaders in the UK Tech sector by Inclusive Tech Alliance and Financial Times, consecutively for two years. In 2019, the Indian Business Women Conference conferred him with the ‘Champion of Change’ Award.

Sudhir is a frequent keynote speaker and has addressed the French Senate, UK Parliamentary Committees and several industry conferences. He is also a guest speaker at several renowned Business Schools. He holds a bachelor’s degree in Mechanical Engineering, an MBA in Marketing and an MBA degree in Finance and Information Systems.