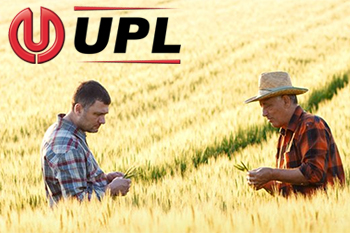 Moody's Investors Service has changed the outlook on UPL Corporation Limited's ("UPL Corp") ratings to stable from positive. At the same time, Moody's has affirmed the company's Baa3 long-term issuer rating and the Baa3 rating on the company's senior unsecured notes maturing in 2021.

Ratings Rationale
"The change in outlook to stable from positive reflects the weaker than expected operating performance of the broader UPL Group, and our expectation that it will take longer for its credit metrics to improve to a level appropriate for a higher rating," says Kaustubh Chaubal, a Moody's Vice President and Senior Credit Officer.

"Specifically, we expect UPL Group's EBITDA margin to remain below or at the lower end of our previous expectations of 22%-25% over the next 12-18 months, and for its leverage -- as measured by adjusted debt/EBITDA -- to remain above the upgrade trigger of 2.5x," adds Chaubal, who is also Moody's Lead Analyst for UPL Corp.

Looking ahead, slowing revenue growth and a higher contribution from the relatively lower margin Latin American markets, that accounted for almost 34% of the company's consolidated revenues in the fiscal year ending March 2019 (FY2019), will likely constrain a substantial improvement in UPL Group's EBITDA margins, even as the slightly more profitable Arysta starts contributing earnings and revenue.

In January 2019, UPL Corp completed the acquisition of Arysta LifeScience Inc. for $4.2 billion, funded with a mix of debt ($3.0 billion) and equity ($1.2 billion). Arysta's asset-light and lean operations with a strong presence in Africa, Russia and Eastern Europe complement UPL Group's leading position in India, the Americas and Western Europe, as well as its vertically integrated manufacturing capabilities.

Besides, Arysta's product offering, with a strong presence in herbicides, bio solutions, seed treatment and other products, complements UPL Group's products and has helped increase its market share across these verticals.

Despite these positives, the acquisition was large, the first of its kind for the UPL Group, and entailed execution risks, such as a timely and seamless execution, integration, and success in realizing business synergies. Besides, the partial debt financing of the acquisition increased the company's financial leverage.

The affirmation of the Baa3 ratings reflects UPL Group's status as the largest post-patent agrochemicals manufacturer by revenue globally, its geographically diversified operations with complementary product offerings from Arysta that smoothen intra-year sales volatility, and the economies of scale following the acquisition that will result in cost and revenue synergies.

The Baa3 ratings also capture as credit challenges: (1) the company's elevated financial risk profile, with leverage likely to remain above 3.0x by March 2020; (2) execution risks associated with the company's ability to continue to extract synergies from the Arysta acquisition, including by rationalizing working capital; and (3) the inherent risks associated with the time-consuming and stringent regulatory requirements for the industry, especially in terms of product registrations.

The UPL Group comprises UPL Limited, the ultimate holding company of the group, UPL Corp, and its various operating subsidiaries. All UPL companies operate through a centralized treasury function that is housed under UPL Limited. Furthermore, there is significant overlap between the group's Indian and overseas operations. Moody's ratings on UPL Corp, therefore, reflect the credit quality of the group as a whole.

UPL Group faces a moderate level of environmental risk, primarily stemming from the risk of air, soil and water emissions, as well as from the clean-up of hazardous waste. Also, the company's earnings are susceptible to adverse weather conditions. Climatic conditions such as drought or excessive rainfall can have a significant impact on demand for crop protection products, although the company's geographic diversification somewhat mitigates this risk.

Ownership and control are key to Moody's assessment of governance risk, with concentrated ownership having either a positive or negative influence on corporate performance. UPL is 27.9% owned by the founder family and the remaining shareholding rests with institutional shareholders and the public. Private equity firm TPG Capital and sovereign wealth fund Abu Dhabi Investment Authority have an 11% shareholding each in UPL Corp and also has board representation at UPL Corp. Overall, Moody's assesses UPL Group's governance practices as in line with other large companies in India and regards governance risk as manageable.