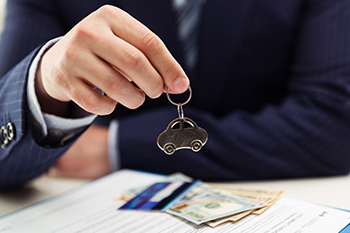 The Insurance Regulatory and Development Authority of India (IRDA) has released their draft proposal indicating an increase of rates by an average of 30%. In the proposal, third-party motor vehicle insurance premiums will be more expensive as from April 1 as the insurance regulator gears up for its annual exercise of revision of rates. Below how your insurance premium may be affected:

Commercial Vehicles will attract a rise of 25-30% as per the proposal. This segment carries the highest number of claims and consequently carries the heaviest premium burden. In this category, the biggest hike is expected on Goods Carrying Vehicles Public Carriers with a capacity exceeding 40 tons from the existing premium rates of 13,879 to 16,665. On the other hand, goods carrying vehicle public carries not exceeding 7.5tons have had a cut of up to 10%.

Personal Car Owners of lower capacity engine vehicles like the Suzuki Maruti BSE and Tata Nano will pay for a steeper hike of up to 30% while for larger engines, exceeding capacity of 1000 cc like the Volkswagen Dento the proposed hike is 25%

Two Wheelers
Similar to private motor vehicle owners, the IRDA proposal also indicated that for the two-wheelers, the rise would on average be between 10-15% for motor vehicles with an engine capacity below 350cc such as the TVS Star City, Bajaj Discover, and Yamaha RX 100cc. On the other hand, a 10% reduction in rates has been proposed for two-wheeler vehicles with an engine capacity exceeding 350cc such as Harley Davidson Street 500 and Mahindra Mojo.

In a rejoinder to the release of these rate proposals, the IRDA noted concern over the poor performance of motor insurance and sought to address the endemic losses experienced by insurers by gradually increasing rates and not laying the burden on policyholders.