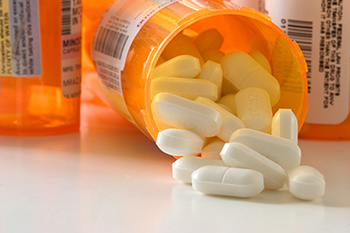 The company has filed 15 ANDAs in United States and out of which eight have been reviewed inclusive of Baddi facility of formulations which has been inspected successfully.

Brazil market for Cephalosporin’s’ is currently valued at USD 300mn. between injectable and oral molecules. NecLife has highest capacities globally of all the approved molecules in Cephalosporin.

In an interview with CNBC TV18, Dinesh Dua, Chief executive Officer, Nectar Life Sciences, said that with this approval, the company expects revenue of USD 10-20 million per year for the next two years and in future to get another 2 or 3x as well.

Talking about the opportunities for the company post the approval for the API, he said, "This opens up the market significantly for us for two verticals - (1) contract manufacturing, which his a long hanging fruit, which means that the companies which are already making cephalosporin in Brazil can now take advantage of our cost effective manufacturing in the next quarter or two and get their products site transferred to both our API and formulation facility (2) an advantage we get is that wherever contract manufacturing, custom manufacturing is not possible, we can sell our APIs to the manufacturers in Brazil".

The company hopes that they would enjoy the EBITDA margins in excess or close to 20%, in supplying APIs for cephalosporin. The company has total 11 manufacturing units in total in India which includes seven manufacturing units for pharmaceuticals, one or two for diagnostics and the rest are for phytochemicals or capsules. For the seven plants, they have all the regulated market approvals which includes USFDA for API and Korea, Japan. Apart from that, they are expecting the approval to come any moment besides all the other regulatory agencies like Europe, ANVISA, Korea etc. to name a few.

Moreover, the company has filed 15 ANDAs in United States and out of which eight have been reviewed inclusive of Baddi facility of formulations which has been inspected successfully. "When you have your own APIs coming in, the API unit also underwent the same inspection in relation to the formulation. So, we are expecting composite approval which is going to be the second approval. The API facility is in Dera Bassi in Punjab. It is a sprawling campus of 120 acres and Baddi is basically the formulation approval", he added.

Presently, the API space contribute about Rs. 1400 crore to the topline. Post the approval, the company expects close to Rs. 50-60 crore from the Brazil market, and to move ahead, to take upto the range of Rs. 150-200 crore in the next five years.

Commenting on what kind of incremental revenues do they anticipates, if the company gets approval for API facility in Punjab as well as for the formulations, he said, "The mother of them all is the USFDA approval. It is a very lucrative market, the Indian pharmaceutical diaspora in terms of profitability basically hinges on that. Having said that, as and when the total size of the Cephalosporin market is USD 1.5 billion there and it is dominated by a few European countries and predominantly two Indian companies Lupin and Aurobindo Pharma to say; very respected competitors but we are the most vertically integrated company with the largest capacities which brings down my cost of production. So, I expect as and when we get the approval in the next five years we should possibly be looking at anything in excess of Rs. 500-600 crore with an excellent EBITDA".

Lastly, the company targets to end this year at about Rs. 1700 crore plus with the minimum 20% growth in pharma.