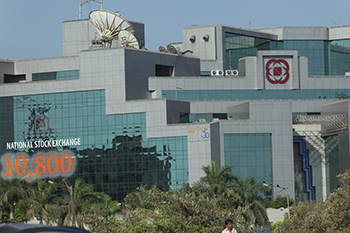 On the sectoral front, realty index surged nearly 2% led by gains in Prestige, Indiabulls Real Estate, and Godrej Properties. Banking, auto, media, and financial services were trading in the red.

Shares of Jet Airways dropped 5% after the crisis at the company deepened on Tuesday as an increasingly worried government called for an emergency meeting, angry passengers demanded refunds and pilots threatened to go on strike over unpaid salaries.

Shares of Jubilant Life slipped 6% after ~33 lakh shares changed hands in a block deal, as per media reports.

The most active stocks on NSE are Jubilant, Infosys, Axis Bank, and Reliance Industries.