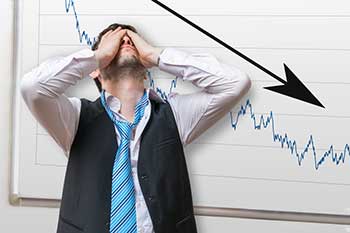 Shares of Suzlon fell 3.5%, followed by Finolex Cables, CG Power, ABB India, BHEL, and HEG were down in the range of 2-3%, respectively. However, shares of Sadbhav, Elgi Equipments and Graphite are up in the afternoon trade.

The BSE Bankex was also down by 1% at 34,784 levels. Kotak Mahindra Bank, ICICI Bank, HDFC Bank, SBI, and Yes Bank were the top contributors to the index fall.

Shares of Yes Bank slipped 3.5% on the BSE. The Reserve Bank of India on June 11 stated that it has imposed a fine on two prepaid payment instrument (PPI) issuers Yes Bank and ZipCash Card Services for violating regulatory norms. Meanwhile, Moody's has placed the bank's foreign currency issuer rating of Ba1 under review for a possible downgrade. Moody's has also placed the bank's long-term foreign and local currency bank deposit ratings of Ba1, foreign currency senior unsecured MTN programme rating of (P)Ba1, among other instruments under review.