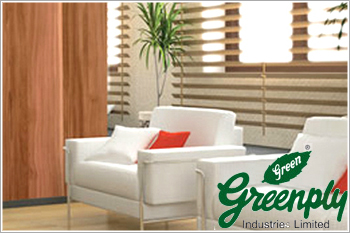 In an interview with the CNBC-TV18, Greenply Industries’ Joint MD, Shobhan Mittal, revealed that the company has filed an application for anti-dumping duty probe in relation to imports of medium density fiberboard (MDF).

What does the import duty mean for domestic players?

Mittal clarified that the import duty of $64.3 per cubic meter will not be imposed throughout the US, as such an imposition depends on many factors including landing prices in India and cost to producers. Moreover, the duty will lower the gap between import and domestic prices, but the competitiveness will also depend on location of imports.

The current price gap between MDF and landed cost varies from product-to-product and cost-to-cost, which can range from 5% to 10% based on grades and products, noted Mittal. In absolute numbers, the average MDF realization range in between Rs.16,000 and Rs.17,000 per cubic meter.

No plans to increase price

Mittal is hopeful that the import duty will be implemented within a month of 45 days and expects the matter to be taken up by the finance ministry. Though the company’s existing plant is running at close to 100% capacity utilization, the company is prepared to push this capacity to 115% using the right product mix, said Mittal.

The promoters holding in the company stood at 55 % while Institutions and Non-Institutions held 23.58 % and 21.42 % respectively.