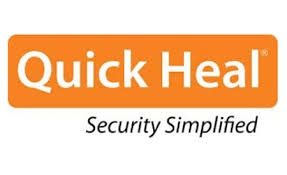 Quick Heal Technologies Ltd has announced about the Updates on Clarification letter from the Company dated February 18, 2016 in relation to certain articles in the press pertaining to a complaint made by Mr. Manohar Malani, Managing Director of NCS Computech Limited (the "Clarification Letter”) and Intimation letter dated February 24, 2016 pertaining to the FIR registered with the Shivaji Nagar Police Station, Pune against Mr. Manohar Malani and Others.
The Company had lodged a first information report (the “FIR”) with the Shivaji Nagar Police Station, Pune on 23rd February 2016 against Manohar Malani and others (the “Accused”) for cheating, forgery and criminal intimidation under Sections 420, 466, 467, 468, 469, 471, 474, 506 and 34 of the Indian Penal Code.
The police have arrested Manohar Malani, CEO and MD of NCS Computech Limited, Kolkata, consequent to the filing of the aforementioned FIR and their ongoing investigation..
A team of police personnel, from Shivaji Nagar, Police Station, Pune, arrested Mr. Malani, on 7th April 2016 and brought him to Pune on a transit warrant issued by a Kolkata Court. Mr. Malani was produced before the court of a First Class Judicial Magistrate, Pune on 9th April 2016. Mr. Malani has been remanded in police custody until 12th April 2016.
The Company has already stated and clarified that the Company had never allotted any equity shares to the Claimants/Accused at any point in time and it would continue to take all steps necessary to safeguard its shareholders’ interests and ensure that the Claimants / Accused are prosecuted to the fullest extent of the law.