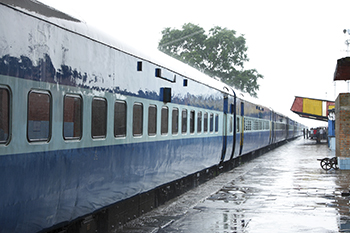 In order to accelerate growth in the State of Rajasthan, Centre is focussing on the development of infrastructures and railway facilities, said Union Railway Minister, Suresh Prabhu in an interaction with a business daily.

The State of Rajasthan is placed on the priority list of the Centre with an increased budget allocation, added the Railway Minister. From 2009 to 2014, annually Rs 682 crore were invested by the Centre in the state which was increased to Rs 1,960 crore in the last two years.

Listed companies operation in the railway infrastructure and services sector may benefit from this move. BEML, a manufacturer of rail coaches and spare parts, gained over 1% at Rs 1,515.10 per share during Wednesday’s trade on BSE.

Siemens, a provider of products and solutions in the railway signalling and safety systems, also gained marginally at 1,336.35 per share on BSE. Titagarh Wagons, engaged in the manufacturing of railway wagon, ended in the positive territory on BSE.