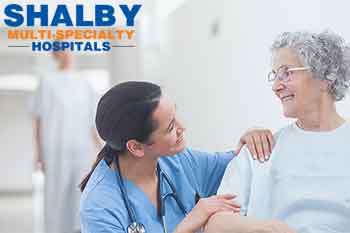 Shalby Limited, India’s leading multi-specialty hospital, has announced its financial results for the quarter that ended on September 30, 2021. The company reported a total income of Rs1,717 million, a growth of 53.5% yoy. Operating EBITDA of Rs345 million with EBITDA margins of 20.1% yoy. Profit Before Tax of Rs250 million, growth of 16.5% yoy.

The company said it had beds occupied during the quarter were 517, with an occupancy rate of 43.1% yoy. In patients count increased 40% yoy, driven by an increase in non-Covid patients. Net Cash position with Rs1,036 million at the end of September 2021.

Shanay Shah, President said, “In Q2FY22 the healthcare sector showed signs of normalization, a trend continued in the light of declining Covid-19 cases in India. As a result, we saw a strong rebound in the elective surgeries. Total surgery count increased to 6,190 as compared to 2,536 in Q2FY21 and in line ARPOB increased to Rs33,977 as compared 24,837 in Q2FY21. Our occupancy levels stood at 43% as compared to 41% in same quarter last year.

Overall, the performance during the quarter was underpinned by growth in core specialties such as Arthroplasty, Orthopedic, Oncology and Cardiac science which contributed 37%, 11%, 8% and 8% to the revenues, respectively.

On a consolidated level, Shalby continues to remain net cash positive to support future growth plans. Furthermore, we are proud to deliver double digit ROCE of 11.6% on H1FY22 annualized basis.”