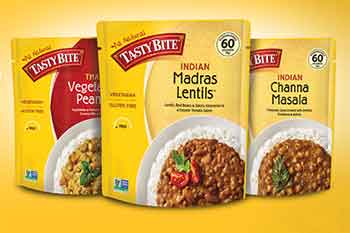 
At around 9.32 am, Tasty Bite Eatables Ltd was trading at Rs13693.55 per piece down Rs185.50 or 1.34% from its previous closing of Rs13,879.05 per piece on the BSE.
Consumer Business revenues (exports to the US and other markets) have grown 22% in the six-month period. However, in the current quarter, Consumer business revenues were lower by 23% over last year due to demand drop on account of inventory built up in the US and other markets, the company said in a filing on Wednesday.

“Food Service exports are on increasing trend as we see traction towards speciality vegetarian products in Southeast Asia and Middle East. We expect that the demand for specialty vegetarian products is continuing to increase over time given the quality, variety and cost competitiveness of the Company’s products.

Due to change in government policies, other income primarily export benefits have gone down by 77% in current year six-months period eroding 3.6% of earnings from last year. This is due to discontinuation of Transport and Marketing Assistance Scheme (TMA) and Merchandise Exports from India Scheme (MEIS). A new scheme called Remission of Duties and Taxes over Exported Products (RoDTEP) has been introduced in current year in place of MEIS, however the incentives rate in RODTEP ts only 28% of MEIS rate,” company said.

Material costs for the quarter is at 67.1% of revenues, 760 bps higher than last year (59.5%). This is primarily due to inflation in commodities and packing materials, lower incentives income and inventory provisions.

Board reviewed in detail the status of capital expansion plan in last board meeting. Capex plan will be completed by early 2023. This will ensure modernisation of the plant as well as new building for Tasty Bite Research Centre. This enhanced capacity will take us through for next 3 years thereby securing supplies for our customers.