Mood became jittery on the street after rating agency S&P's warned that India could be downgraded if the next government fails to reverse the economic downtrend.

Standard & Poor's Ratings Services affirmed the 'BBB-' long-term and 'A-3' short-term unsolicited sovereign credit ratings on India. The outlook on the long-term rating remains negative. Our rating affirmation rests on several key strengths of India. These include a robust participatory democracy of more than 1 billion people and a free press; low external debt and ample foreign exchange reserves; and an increasingly credible monetary policy with a largely freely floating exchange rate.

These strengths are counterbalanced by significant weaknesses, which include an onerous burden from its public finance, lack of progress on structural reforms, and shortfalls in basic services typical of a nation with a GDP per capita of US$1,500. Real per capita growth had averaged more than 6% annually for fiscal year 2004-2011 (ended March 31, 2011), and had eased India's fiscal constraints and poverty levels. But growth has slowed steadily since then to half that level, fraying the social contract and putting at risk the declining trend in government debt..Read More 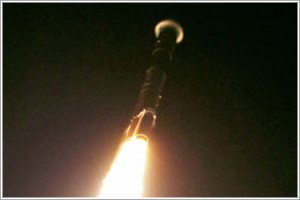 India has launched its first mission to Mars from Sriharikota at 2:38PM (IST) in the afternoon. Around 1,000 scientists of ISRO (Indian Space Research Organisation) have been checking every parameter at the spaceport from where PSLV-C25 was lifted off, carrying the Mars orbiter. PSLV-C25 is India's maiden mission to Mars. The country's first interplanetary probe, Mars Orbiter Spacecraft was prepared for launch on November 5, 2013. The Orbiter is expected to reach Mars by September 2014. PSLV-C25 will take 40 minutes to inject to Mars probe to Earth's orbit. The mission if successful will place the country in an exclusive club of nations capable of sending probes to the Red Planet. 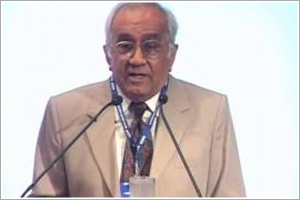 The Government of India appointed a committee in June 2013 under the Chairmanship of Dr. Kirit S. Parikh, Former Member of The Planning Commission, to look into the current pricing methodology of petroleum products viz. High speed diesel, PDS Kerosene and Domestic LPG and suggest a pricing mechanism benchmarked to export parity pricing as well as to suggest a formula for under recovery compensation of Oil Marketing Companies. The major recommendations of the committee are discussed below:

Pricing Methodology of Sensitive Petroleum Products: The Kirit Parikh committee has recommended retention of the existing methodology of computing refinery transfer price -trade parity in case of Diesel. A key finding of the committee based on the inputs of the public sector and private refiners was the minuscule difference in under recoveries on diesel that was achieved on change in refinery gate prices from trade parity to export parity. The low difference of 0.15% to 0.25% in build-up of final prices is on account of central sales tax, quality adjustment and costal freight that would have to be borne by the OMCs in case they procure from a coastal refinery on export parity prices...Read More

RIL, Essar Oil in race to provide diesel to Railways 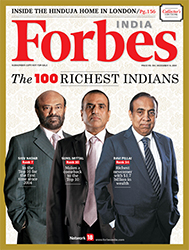 Fifteen newcomers debuted on the latest Forbes India Rich List even as the wealth of India’s 100 richest expanded a modest 3% from a year ago to $259 billion. The growth in wealth might have been lacklustre due to India’s stumbling economy, which has been hit by inflation and a falling rupee. At the same time, the five-year trend shows this elite group of entrepreneurs beating the BSE market cap’s growth. This year’s list has 65 billionaires, four more than last year. Some of those new billion-dollar fortunes were made not in India but in the Middle East: Bahrain resident Ravi Pillai, the richest newcomer on this year’s list, made his $1.7 billion fortune in Saudi Arabia with his construction business RP Group of Companies, and retail mogul M.A. Yusuff Ali, created his $1.6 billion wealth with his LuLu Group in Abu Dhabi. The complete list is available at www.forbesindia.com and a special Forbes India issue featuring in-depth stories on the rich list hits the stands on 7 November. Mukesh Ambani retains the top spot on the list and remains India’s richest person with wealth of $21 billion, unchanged from a year ago. The oil and gas tycoon who runs Reliance Industries remains bullish and plans to invest $25 billion in his businesses over the next 3 years. Steel magnate Lakshmi Mittal is at No. 2 with wealth of $16 billion, also unchanged from a year ago. His company ArcelorMittal continues to face weak demand for steel amid a global supply glut...Read More

Agriculture is playing a key role in India’s economy: FICCI-KPMG 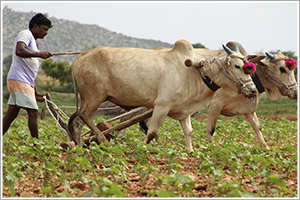 If Indian agriculture has to be globally competitive, it needs investment in infrastructure that can promote efficiency by reducing transaction costs and market risks. It has been estimated that loss of primary produce before reaching the market due to lack of proper handling, cleaning, sorting, grading and packaging facilities at the village level is about 30-40% for agri produces such as grains, fruits and vegetables indicates the FICCI-KPMG ‘Enhancing Competitiveness of Indian Food Chain’ report launched today in Hyderabad. According to the report, despite agriculture playing a key role in India’s economy, it has been suffering from major roadblocks which have hindered its growth. Problems have existed at each stage of the value chain. The unreasonably long supply chain results in a steep increase in the total cost owing to procurement, transit and other taxes and service charges levied at various layers. Due to such inefficiencies in the supply chain, it has been estimated that the price received by the farmers is only in the range of 25-60% of what the consumer pays. Strengthening supply chain can benefit the consumers and producers by 20-25%. "Indian food value chain is on the verge of a great transformation ? from one characterised by high wastage, low processing and low global contribution to one that is more streamlined, more integrated and more significant in the global trade. Continuous financial and regulatory support from government, increasing participation of private and public corporates, and increasing exposure of foreign players is likely to spur investments in developing the infrastructure across the value chain right from farm inputs to the consumers." said Rajat Wahi, Partner, Head – Retail, KPMG in India...Read More

Anwar calls for Judicious use of technologies to achieve Food Security

After a terrific rally towards all time high levels last week, both the key Indices struggled to sustain at the top. Mood became jittery on the street after rating agency S&P's warned that India could be downgraded if the next government fails to reverse the economic downtrend. Furthermore, the rating agency also gave a warning that it may revise it downwards to speculative grade should the ‘policy drift’ continue under the new government due in mid-2014. Fresh currency concerns (which fell to five-week low) added further pressure on the market. The sentiment in the currency turned bearish on concerns that sooner than later the RBI will withdraw the special forex window for OMC’s. Meanwhile, the HSBC Services PMI, rose to 47.1 in October indicating a fourth successive monthly contraction of service sector output across India. However, on a mom basis the Indian services firms recovered slightly last month from the worst slump in over four years in September but activity still shrank. For the week, the NSE Nifty and the BSE Sensex declined by 2.8% each...Read More

Click below for the India Infoline Weekly Newsletter:
https://content.indiainfoline.com/Newsletter/wkly798.html

All the news on India Infoline:
https://www.indiainfoline.com/