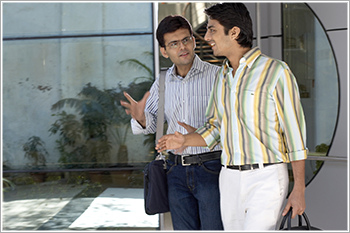 Three things that an employee should not share in office

Most of the times, employees bypass such norms unknowingly and become a victim of management's harsh decisions.

A job comes with work responsibilities while it accompanies a string of unsaid norms that is desired by each and every employee. Most of the times, employees bypass such norms unknowingly and become a victim of management's harsh decisions. For instance, discussing salaries with colleagues might not be a good idea both from an employer and individual perspective. Here is some other such financial information that one should prevent from diverging.

Financial Obligations: Disclosing house or car loan to close friends in the office is not a big deal. But if the financial obligations are way too heavy then it would be alarming to an employer. Most of the loans are given on the basis of salary drawn and hence, a higher debt obligation revealed by an individual himself could be an eyebrow raiser. Moreover, there would be little help from colleagues, who will take more fun in gossiping.

Money loss stories: It is not a wise idea to share stories of one's money loss in office. While disclosing such personal details might gain short-lived sympathy but over a long run it will tarnish one's image. For instance, it will be detrimental for an individual working within investment advisory firm to discuss his loss in the stock market crash. It might lead to professional degradation as well.

Rich Scheme: Everyone wants a second income but recommending a colleague to join a quick rich scheme is irresponsible. One may have heard of "Speak Asia online" scam that took place a couple of years ago. One of the reasons why those scammers were successful in robbing millions of people in India was because such schemes were propagated the most within the office circles. Therefore, it is best to act wise and steer away from such actions that could leave a mark on one's office image.

Retail inflation for farm workers at 6.94% in August; for non-farm rural employees at 7.26%