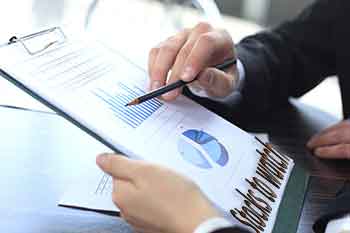 Lupin said it has been cautioned by the US health regulator with possible withholding of approvals of pending applications from its Mandideep facility in Madhya Pradesh, where it is facing manufacturing compliance issues.

Reliance Industries said it has stopped all oil exports to US sanction-hit Venezuela and will not resume sales until sanctions are lifted.

Wipro’s Azim Premji increased commitment in philanthropic arm ‘Azim Premji Foundation’ by renouncing more of his personal assets and earmarking for the foundation’s endowment. The press release stated that he has done this additionally by earmarking 34% shares in Wipro valued at Rs52,750cr.

Jubilant Foodworks promoter Jubilant Consumer Private Limited to sell 40 lakh shares at the floor price of Rs1,272.6 apiece, aggregating to Rs503.8cr via secondary placement of shares. The floor price is at a discount of 4% as compared to the current market price, as per media reports.

Sun Pharma arm increased its stake in Russia-based PJSC Biosintez from 85% to 97% for $3.2 mn.

SpiceJet said it was rationalizing and optimizing the use of its Boeing 737 NG and Bombardier Q400 aircraft to address the current situation and minimize inconvenience to its passengers. The aviation company has rounded its entire B737 Max fleet as per DGCA directions, as per media reports.

Star Cement received Rs115cr of freight subsidy claims by the central government. The company also stated in its press release that it expects further subsidy of Rs42.6cr in a week.

DCM Shriram commissioned 30 MW Power Plant in Uttar Pradesh and it has started selling power to the Grid with effect from February 28.

Lemon Tree Hotels signed a non-binding agreement to acquire a 100% stake in Key Hotels. The current portfolio of the target company stands at owning/managing 21 hotels with 1,911 rooms in 19 cities.

Jet Airways said that additional five aircraft have been grounded due to non-payment to lessors.

Deep Industries received an order from ONGC worth Rs91.75cr. ONGC has hired a rig for Ahmedabad assets for three years.