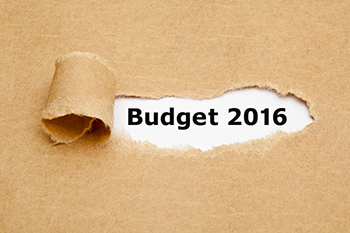 Union Budget 2016 turned out to be largely neutral for equity market, especially investors’ community. By keeping the fiscal deficit targets intact and not tinkering around with LTCG, Union Budget though managed to evade large disappointment, however the proposal of hiking STT on options trading and extra DTT pay hit the sentiment. Further, no further deferral to GAAR also led to some dismay.

No LTCG Rejig: Much against the fears, the government maintained a status quo stance on the time limit for the applicability of long-term capital gains tax in equities to one year.

Hike in STT on options trading: The Finance Minister during Union Budget 2016 paying deaf ear to investors’ community went ahead and hiked securities transaction tax (STT) on options trading to 0.05% from 0.017% earlier. However, it has maintained (STT) at 0.12 per cent

Impact: Reports suggested that STT brings around Rs 5,000-7,000 crore annually to the government coffers and any hike in the STT rate from 0.1% at present to even around 0.123% could add Rs 1,000-1,800 crore to the government's kitty. Nevertheless, street was wishing for lowering of securities transaction tax (STT) or removal of dividend distribution tax- a demand which was unmet. However, present proposal could reduce the trading volumes as a consequence of the higher tax could mitigate the revenue upside anyway.

Extra DTT pay hit: Dividend Distribution Tax (DDT) uniformly applies to all investors irrespective of their income slabs. This is perceived to distort the fairness and progressive nature of taxes. The Finance Minister in the Union Budget 2016 in addition to DDT paid by the companies, levied an tax rate of 10% of gross amount of dividend by the recipients, that is, individuals, HUFs and firms receiving dividend in excess of Rs. 10 lakh per annum.

Impact: Reports suggest this of Dividend Tax of 10% above Rs 10 lakh of dividend income is a counter-productive measure as this will restrict promoters with higher holding in companies from distribute profits.

Impact: Most corporate India honchos believe that GAAR would obstruct the way business is being done and impact the flow of foreign funds into the country and has the potential of leading to significant uncertainty and litigation.

Fiscal deficit target: This was one is the important among all. The government’s commitment towards fiscal consolidation roadmap mainly acted as saving grace for street. Finance Minister Arun Jaitley stuck to the fiscal deficit target of 3.5% of gross domestic product (GDP) for 2016-17, after achieving the 3.9% of GDP target in 2015-16.

Impact: The latest move adds to the call of Reserve Bank of India slashing interest rates that too out of turn at least by 25 bps. Back In January, Raghuram Rajan has expressed that economic growth at the cost of deviating from fiscal condition could hurt the stability of the economy. However, government by abiding the words of governor has now turned the tables to Raghuram’s side.