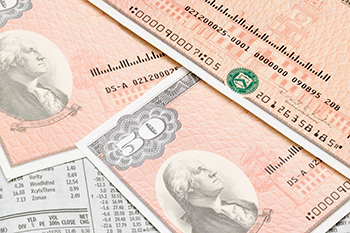 The US Treasury department will boost the amount of long-term debt it sells to $73bn this quarter as President Donald Trump’s administration seeks to finance budget deficits that are set to widen further because of tax cuts and higher spending.

In its quarterly refunding announcement on Wednesday, the department again lifted the auction sizes of coupon-bearing and floating-rate debt after doing so last quarter for the first time since 2009. It again left inflation-linked security sizes unchanged. Treasury also announced plans to issue a new two-month bill later in 2018.

After keeping borrowing relatively stable in recent years, the Treasury announcement highlights the Trump administration’s need to sell debt to help pay the government’s bills as the deficit swells and the Federal Reserve allows maturing securities on its $4.4tn balance sheet to roll off gradually. The possible new bill maturity comes after a deluge of sales over the first quarter was partly to blame for money-market rates rising sharply.

The Treasury will sell $31bn in three-year notes on May 8, versus $30bn it sold last month and $26bn in February, according to a statement released in Washington. The government increased to $25bn the sale of 10-year notes, from $24bn last quarter, and the 30-year bonds to $17bn from $16 bn, which will also be auctioned next week. The sales will raise new cash of $33.9bn.

In the statement, the Treasury said it plans over the coming quarter to boost auction-sizes of other maturities.

A recent report from the International Monetary Fund (IMF) showed that the US’s debt load by 2023 will be worse that the fiscal position of Italy, the perennial poor man of the Group of Seven industrial nations.