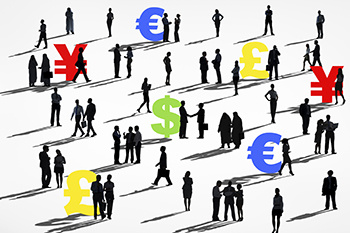 I wouldn’t have been writing this piece if the calendar on my desk showed a date from a decade and a half back. The topic itself would have sounded alien to most. Financial literacy is now one of the top priorities for most nations. It is more critical for developing nations like India, where the majority find financial literacy beyond comprehension.

What is Financial Literacy?
Financial literacy, according to its literal definition, is the ability to use skills and knowledge to take effective and informed money management decisions. For a country like India, it plays a bigger role, as it is considered an important adjunct for the promotion of financial inclusion and ultimately financial stability.

Need of the hour
As per a global survey by Standard & Poor’s Financial Services LLC (S&P) only 25% of adults or less are financially literate in South Asian countries. For an average Indian, financial literacy is yet to become a priority. India is home to 17.5% of the world’s population and nearly 76% of its adult population does not understand even the basic financial concepts.

The survey confirms that financial literacy in India has consistently been poor compared to the rest of the world. It can be detrimental to India's ambition of becoming an economic superpower in the coming years. Financial illiteracy puts a burden on the nation in the form of higher cost of financial security and lesser prosperity. Most people resort to investing more in physical assets and short term instruments which clearly conflicts with the greater need for long-term investments, both for households to meet their life stage goals and for meeting the country’s capital requirements for infrastructure.

In addition, there are certain erroneous beliefs associated with financial literacy - the most common being the myth that one who is ‘literate’ or 'rich' is 'financially literate' too. Lack of basic financial understanding leads to unproductive investment decisions. The need of the hour is for a drastic overhaul of approach to savings and investments by Indian households.

Catch them young
It is a myth that financial literacy is more important for adults. We can achieve the desired results from financial literacy only when we start educating our children. Like many other provocative topics, money is something that kids hear about outside homes as well, which exposes them to absorption of wrong perceptions about money management many a time resulting in formation of bad money habits from the foundation stage itself.

Need for joint efforts
Financial regulators in India -- RBI, SEBI, IRDAI, and PFRDA -- have created a joint charter called ‘National Strategy for Financial Education’ detailing initiatives taken individually by them and other market players like banks, stock exchanges, broking houses, mutual funds, insurers etc. What is required is a joint effort by all the Banking, Financial Services & Insurance players for noticeable changes in the perceptions that an average Indian has about financial management. It’s time to bring individual efforts under one framework to ensure better outcomes.

Going digital
Empirical evidence points to the fact that digital efforts like video clips, short films and interactive quizzes on financial education have had a far greater impact than the traditional medium. Digital fluency is expected to increase with the government’s initiatives such as Digital India.
The recent mammoth exercise of demonetization should help bring many more people to the organized sector and thereby opening up possibilities for financial inclusion and literacy. Currently, only 35% of Indian have bank accounts, against 63% in China.

The launch of digital wallets, universal payments interface (UPI), and new age commercial and payment banks have paved new ways for a less cash economy. There is a huge scope with only 2% of Indians using mobiles for payments, against 11% in Nigeria. The push to increase usage of mobiles for payments is significant, as India is already the world’s second biggest smartphone market with over 220 million smartphone users. Mobile internet users in India total 350 million and expected to grow 50 million every year till 2020. These numbers create enormous possibilities from going digital and create new opportunities to engage and share financial knowledge with consumers.

The way forward
Financial literacy and financial stability are two key aspects of an efficient economy. Financial literacy enhances individuals’ ability to ensure economic security for their families. In India, there is a need to reach out to lower income groups and economically weaker sections on one hand and on the other to the millennials who are hyper-connected and require tailormade financial products but have limited awareness of the possible financial solutions. The millennials are economically more active compared to their predecessors but are also more fragile in dealing with personal finances.