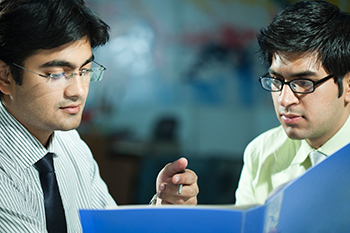 FDI equity inflows to the services sector grew by 15.0% during 2017-18 (April-October). It has been possible because the Government has undertaken a number of reforms to ensure that India remains an increasingly attractive investment destination, which includes announcement of National Intellectual Property Rights (IPR) policy, implementation of GST, reforms for ease of doing business. This was brought about in the Economic Survey 2017-18 tabled by the Union Minister for Finance and Corporate Affairs, Arun Jaitley in Parliament today.

The survey points out that the scale of reforms can be gauged from the fact the during this period, 25 sectors also including services activities and covering 100 areas of FDI policy have undergone reforms. FDI policy provisions were radically overhauled across sectors such as construction development, broadcasting, retail trading, air transport, insurance and pension. At present, more than 90% of FDI inflows are through automatic route. After the successful implementation of the e-filing and online processing of FDI application by the Foreign Investment Promotion Board (FIPB), the Government announced to phase out the FIPB in the Union Budget 2017-18. Recently, on 10th January 2018, Union Cabinet approved amendments in FDI policy allowing 100% FDI under automatic route for Single Brand Retail Trading. Foreign airlines also have been allowed to invest up to 49% in Air India, the survey adds.

The survey further states that though there is ambiguity in the classification of FDI in services, it is the combined FDI share of the top 10 service sectors such as financial and non-financial services falling under the Department of Industrial Policy & Promotion (DIPP)’s service sector definition; as well as telecommunications; trading; computer hardware & software; construction; hotels & tourism; hospital & diagnostic centers; consultancy services; sea transport; and information & broadcasting that can be taken as the best estimate of services FDI. However, these could include some non-service elements. The share of these services is 56.6% of the cumulative FDI equity inflows during the period April 2000-October 2017 and 65.8% of FDI equity inflows during 2017-18 (April-October). If the shares of another 5 services or service related sectors like retail trading, agriculture services, education, book, printing and air transport are included, then the total share of FDI equity inflows to the services sector would increase to 58.5% and 69.6% respectively for the above two periods. In 2016-17, FDI equity inflows to the services sector (top 10 sectors including construction) declined by 0.9% to US$ 26.4bn, though the overall FDI equity inflows grew by 8.7%. However, during 2017-18 (April-October), the FDI equity inflows to these services sector grew by 15.0%, as compared to 0.8% growth in total FDI equity inflows, mainly due to higher FDI in two sectors i.e. Telecommunications and Computer Software and Hardware.