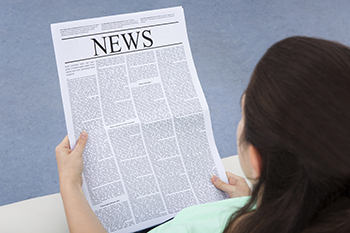 After falling over 8% in the past four weeks, key indices finally witnessed some relief from the relentless selling pressure. Having said that, it was a week full of ?uncertainty as the earth shook again while the market had its own share of tremors during the week. A highly volatile week reacted to flow of results and macro economic data. Concerns over a delay in passage of reform-centric legislative proposals kept the investors on the backfoot. The FM also expressed disappointment over the delay in passing the legislation on GST, stating that the Congress' stand was disappointing for the country.

The IIP for the month of March 2015 stands at 197.3, which is 2.1% higher as compared to the level in the month of March 2014. The cumulative growth for the period April-March 2014-15 over the corresponding period of the previous year stands at 2.8%. The Indices of Industrial Production for the Mining, Manufacturing and Electricity sectors for the month of March 2015 stand at 148.5, 209.3 and 176.4 respectively, with the corresponding growth rates of 0.9%, 2.2% and 2.0% as compared to March 2014 (Statement I). The cumulative growth in the three sectors during April-March 2014-15 over the corresponding period of 2013-14 has been 1.4%, 2.3% and 8.4% respectively. In terms of industries, thirteen (13) out of the twenty two (22) industry groups (as per 2-digit NIC-2004) in the manufacturing sec tor have shown positive growth during the month of March 2015 as compared to the corresponding month of the previous year (St atement II). The industry group ‘Furniture; manufacturing n.e.c.’ has shown the highest positive growth of 34.0%, followed by 18.2% in ‘Electrical machinery and apparatus n.e.c.’ and 12.5% in ‘Wood and products of wood & cork except furniture; articles of straw & plating materials’. On the other hand, the industry group ‘Radio, TV and communication equipment & apparatus’ has shown the highest negative growth of (-) 62.8%, followed by (-) 39.4% in ‘Office, accounting & computing machinery’ and (-) 12.1% in ‘Tobacco products’...Read More

Build up inflation rate in the financial year so far was -0.06% compared to a build up rate of 0.28% in the corresponding period of the previous year.

The government has released the Consumer Price Index (CPI) numbers for the month of April and it stands at 4.87% as against the previous month of 5.25% (MoM). The rural inflation rate based on CPI stood at 5.37, while for urban, it clocked 4.36, showing a decrease from March 2015 figures of 5.67 and 4.75 respectively. The Central Statistics Office (CSO), Ministry of Statistics and Programme Implementation has revised the Base Year of the Consumer Price Index (CPI) from 2010=100 to 2012=100 with effect from the release of indices for the month of January 2015. In this press note, the CPI (Rural, Urban, Combined) on Base 2012=100 is being released for the month of April 2015. In addition to this, Consumer Food Price Index (CFPI) for all India Rural, Urban and Combined are also being released for April 2015...Read More

KV Kamath has been named as the head of the New Development Bank of BRICS nations. The New Development Bank was agreed to by BRICS leaders at the 5th BRICS summit held in Durban, South Africa on 27 March 2013. It was later decided that the first president will be from India, the inaugural Chairman of the Board of directors will come from Brazil and the inaugural chairman of the Board of Governors will be Russian.   Kamath is non-executive Chairman of Infosys and non-executive Chairman of ICICI Bank. He has a degree in mechanical engineering and did his management education from the prestigious Indian Institute of Management, Ahmedabad. Kamath began his career in 1971 at ICICI, an Indian financial institution that founded ICICI Bank and merged with it in 2002. In 1988, he moved to Asian Development Bank and spent several years in Southeast Asia before returning to ICICI as its Managing Director and CEO in 1996. He achieved the objective of transforming ICICI into a technology-driven financial services group and the first universal bank in India. He retired as the Managing Director and CEO of ICICI Bank in April 2009, and took up his present position as non-executive Chairman...Read More

MSCI Index: What's in, what's out among Indian stocks?

MSCI Inc on Tuesday announced the results of the May 2015 Semi-Annual Index Review for the MSCI Equity Indexes – including the MSCI Global Standard, MSCI Global Small Cap and MSCI Micro Cap Indexes. All changes will be implemented as of the close of May 29, 2015.

Gold demand in India rose by 15% to 191.7 tonnes in Q1FY15, as against 167.1 tonnes in Q1FY14, as per a report by World Gold Council.  In value terms, India’s Q1 2015 gold demand grew 9 per cent to Rs 46,730.6 crore, against Rs 42,898.6 crore during Q1 of 2014. Pockets of strength in jewellery were balanced by weakness elsewhere as demand responded to local conditions in each market. Higher volumes in India, the US and the smaller South-East Asian markets were set against declines in China, Turkey, Russia and the Middle East. The net result was a 3% year-on-year contraction in the sector. A similar divergence occurred between the different categories of investment demand. ETF flows were positive for the first quarter since Q4 2012 as Western investor attitudes towards gold turned more benign and bearish sentiment subsided....Read More

The Government is delighted to announce the revival of 10 stranded gas based power generation plants who have succesfully bid through a most transparent and competitive reverse e-auction process for generating 5.05 billion units of electricity which will be supplied at or below Rs 4.70 per unit to the purchaser Discom during the peak summer months from 1st June 2015 to 30th Sept 2015. This will involve government support of Rs. 723.99 crore from the Power System Development Fund. The grid connected gas based power generation capacity in the country is 24,150 MW. Of this, a capacity of 14,305 MW had no supply of domestic gas and is competely stranded.

These comprise 29 plants of which 9 plants are yet to be commissioned. All these plants were eligible to participate in the auction process held today. In the auction process, 14 plants with a cumulative installed capacity of 8,109 MW participated in the Technical Bid round and all were declared as Technically Qualified. The auction was meant to determine the plants which were seeking lowest per unit support for sale of power to Discoms, while utilizing fully 10 MMSCMD of imported RLNG. Bidding started at 25% PLF and after 5 rounds reached a level of 35% PLF where the reverse e-auction for per unit PSDF support started. The reverse e-auction for the Stranded Gas based Plants was conducted under the newly approved Scheme for Utilization of Stranded Gas Based Generation Capacity.

More than a quarter of all corporates in India carry positive outlooks: Moody's

Moody's Investors Service says that of the non-financial and infrastructure corporates that it rates in India, the vast majority carry either positive or stable outlooks. "Twenty-six percent of all corporates that Moody's rates in India carry positive outlooks, seventy percent carry stable outlooks, leaving only four percent with negative outlooks," Philipp Lotter, a Moody's Managing Director for the Corporate Finance Group. "Over the next 12-18 months, India's economy should grow at around 7.5%, and credit conditions should improve for Moody's-rated non-financial corporates and infrastructure debt issuers in pro-cyclical industries," adds Lotter. Lotter was speaking at the first Moody's and ICRA Annual Credit Conference in Mumbai, held on Wednesday, 13 May. Lotter said that most of the positive outlooks were on ratings of government-related issuers and therefore linked to the recent change in outlook to positive on the Indian sovereign. However, broader improvements in credit conditions for corporates will also be due to an upturn in economic growth, the banks' pass-through of interest rate cuts, weakness in international commodity prices, and the government's pro-growth policy agenda...Read More

The worries about monsoon are unlikely to go away soon but this time there are no distress signals. Rain bearing monsoon clouds would reach the Andaman region in the Bay of Bengal by May 25, and hit Kerala thereafter, says Skymet. "Between May 27 and June 1, the monsoon should hit the coast of Kerala. South India is in the thick of pre-monsoon showers and this will pick up in next three days - more widespread and intense," said GP Sharma, Vice President-Meteorology, Skymet was quoted as saying. Skymet, in its Monsoon foreshadow released on April 22, predicted Monsoon 2015 to be ‘normal’. Now officially it has been said that Monsoon is expected to hit Kerala on its usual date of June 1. Pre-Monsoon showers have gained momentum across the country and are expected to cover more parts by next week. This activity will set the stage for the four-month rainy season to commence on schedule...Read More

Car sales grew at their fastest pace in nearly three years in April at 18.14% to 159,548 units due to a dramatic shift in the market sentiment, Society of Indian Automobile Manufacturers (SIAM) said on Monday.  The industry produced a total 1,909,327 vehicles including passenger vehicles, commercial vehicles, three wheelers and two wheelers in April 2015 as against 1,861,874 in April 2014, registering a marginal growth of 2.55 percent over the same month last year.

The Karnataka High Court acquitted former Tamil Nadu chief minister J Jayalalithaa of all corruption charges in the 19-year old Rs. 66.65-crore disproportionate assets case, according to the reports published on various news websites. The High Court overturned the September 27, 2014 verdict of a special court in Bengaluru. The HC also acquitted her associates. Bengaluru special court had sentenced Jayalalithaa to four years in jail and fined Rs 100 crore on September 27, 2014. She was convicted in the disproportionate assets case that was launched by Subramanian Swamy on 20 August 1996. The special court had sentenced Sasikala, Ilavarasi and Sudhakaran to four years in jail and fined Rs 10 crores each. The judgement by the special court had disqualified her from the post of CM and legislative assembly of Tamil Nadu. Now, her acquittal by the Karnataka high court means she can assume the chief minister's post.

The Rajya Sabha on Tuesday referred the GST Bill to a Select Committee, according to media reports. The Upper House has asked that the committee headed by BJP MP Bhupendra Yadav submit its report on the last day of the first week of the Monsoon Session. Despite short of numbers in Rajya Sabha, the government has formed a joint committee of both Houses on the Land Acquisition Bill and a select committee of the Upper House to examine the Goods and Services Tax bill. The joint committee includes a total of 30 members, which would look into the Right to Fair Compensation and Transparency in Land Acquisition, Rehabilitation and Resettlement (Amendment) Bill, 2015, the report added. The Committee will be headed by SS Ahluwalia, BJP MP from Darjeeling, the report further said.

Petrol prices were inceased on Friday by Rs 3.13 per litre and diesel by Rs 2.71 per litre. The increase in petrol and diesel prices will be effective from midnight. Prices of petrol in Delhi were Rs 63.16 a litre; while diesel cost Rs 49.57 per litre, Indian Oil Corp (IOC) reported.

Click below for the India Infoline Weekly Newsletter:
https://www.indiainfoline.com/newsletter/india-infoline-weekly-newsletter-may-15-2015/18