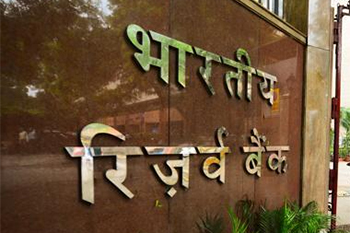 MPC concurs on rates but diverges on accommodative policy

The six members of the Monetary Policy Committee (MPC) were unanimous about holding repo rates at 4%. However, Jayanth Varma had serious reservations about continuation of the accommodative stance.

The monetary policy announced on 06 August had reiterated the need to maintain rates low and the stance accommodative as long as required. Since the June policy, inflation shot up to above 6% for two consecutive months. While increasing inflation estimates for the year, the MPC was categorical that inflation pressures would taper once supply side bottlenecks were removed and supply caught up with demand.

The six members of the Monetary Policy Committee (MPC) were unanimous about holding repo rates at 4%. However, Jayanth Varma had serious reservations about continuation of the accommodative stance. His contention was that the blanket assurance had outlived its utility and it was time to be data driven. Here are key perspectives of the 6 MPC members.

Shashank Bhide continues to focus on the Q1 impact

Shashank Bhide underlined that various data points indicated that COVID 2.0 had left a deep impact on Q1 growth. Two indicators clearly stand out. Firstly, quarterly corporate results hinted at a sharp de-growth in sales on sequential basis. Secondly, IIP and core sector were growing yoy basis due to base effect. However, they were still below 2019 levels.

According to Bhide, till end of July the monsoons were 4% lower than last year and below the normal LPA classification range of 96% to 104%. High frequency data points like e-way bills, air passenger traffic, vehicle sales, steel consumption and GST collections had improved in July, but needed accommodative stance support. Bhide voted to keep repo rates at 4% and hold the accommodative stance.

The gist of Goyal’s argument was, like in other countries, even in India the spike in inflation was an outcome of supply chain bottlenecks. Hence, policy response will have to look at sustainable inflation level rather than yoy inflation. Goyal has warned that India must also eschew any knee-jerk reaction to spikes in inflation levels.

Goyal has also underlined that when normalization of interest rates start, it should be calibrated in sync with prices and growth. Interestingly, Goyal suggests that a cheaper option than raising interest rates may be to cut the levies on petrol and diesel. Goyal voted to maintain repo rate at 4% and maintain accommodative stance.

When Jayanth Varma has a point to make, he makes it elaborately. In the August MPC meet, Varma called for a hard re-look at the blanket assurance of monetary accommodation. Varma has argued that the economic impact of COVID 2.0 has been limited and hence accommodation can be curtailed. He also pointed since impact of COVID 2.0 was focused, it needed targeted fiscal policy rather than generic monetary measures.

Varma emphasized that the inflation target for the MPC was 4% and not 6%. Hence, the MPC must worry about persistently high core inflation, transport inflation and fuel inflation. Varma is fine with keeping repo rates at 4%, but feels that reverse repo needs to be raised from 3.35%. He called for limiting accommodative stance with higher reverse repo rates.

Saggar pointed that since December 2019, inflation rate had been above 6% in 13 out of 19 months; a clear case of sustained upper limit breach. Despite inflation having a strong supply side bias, the reality is that inflation expectations were getting negatively impacted, albeit naïve at times.

Dr. Michael Patra bets on growth even at the cost of inflation

Patra underscored that the impact of lower Kharif output and COVID 2.0 on inflation could persist through Q2. However, inflation could temper in the third quarter. Patra pointed out that supply demand mismatches were most prominent in protein rich foods like eggs, pulses and edible oil.

Patra voted for repo rates at 4% and continued accommodative stance, although he does cautions about continued demand-supply gaps in food items. Patra calls inflation the price the economy pays to bring growth back to pre-pandemic levels. The primary focus remains growth, even at the cost of some inflation

Shaktikanta Das highlighted that the MPC will continue to maintain accommodative stance and not react to supply side disruptions triggering inflation. Das pointed out that the idea of Flexible Inflation Targeting (FIT) was to maintain monetary policy stability. He highlighted that the monetary stance assurance had helped the recovery process, despite concerns over such assurances. Since the vote was already conclusive, the governor’s deciding vote was not needed.

The broad theme of the MPC discussions appear were that while growth continued to be the overarching theme, there was the need for closer inflation monitoring to anchor expectations. October policy could be more interesting!