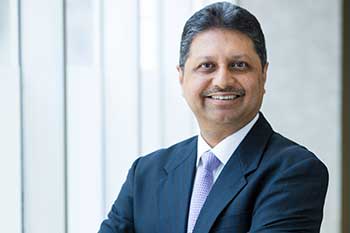 Real estate:
Indian Real Estate accounts for 6% of the GDP employing close to 18% of the workforce and supporting over 350 industries such as cement, paint, steel, etc. The credit crisis within NBFCs delivered a major blow to this sector significantly paring its access to funds. Global financial crisis of 2008 was a costly lesson on what it means for a real estate sector to be out of control.

The Government needs to take aggressive measures, albeit temporary, to mitigate stress in FY20. To stimulate housing demand in FY20, the budget 2019 should aim at policies to reintroduce income tax deduction on principal and interest on a second home loan. In addition, Income tax deduction limit on interest paid should be hiked to Rs5 lakh especially in Tier 1 cities.

Similarly, IT deduction allowed on principal paid should be increased. The policies should also be aimed at increasing ease of doing business for developers by rationalizing tax structure with a uniform GST preferably lower than 12% and merging stamp duty into GST and stimulus package for major developers should be rolled out and delivered through major NBFCs.

NBFCs and HFCs:
The balance sheet of NBFCs witnessed a steady growth from 2016-17 to 2017-18, helped by a strong credit expansion and low NPA ratios, compared to SCBs. However, the situation quickly changed with a severe liquidity squeeze in Q3FY19, effects of which are potent even today. As a result, the sector is expected to show signs of a slowdown in FY20. The sector is critical for the nation’s growth and employment generation and can directly impact the economy. It is evident that the current crisis would lead to a major consolidation within this crowded space and I expect the Government to come up with a policy framework to ease the pain associated with such processes. I expect:
Khushru Jijina, Managing Director, Piramal Capital & Housing Finance