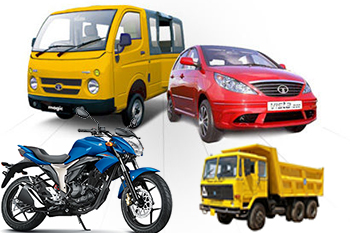 Auto sales on the slow track in April

Mahindra & Mahindra Ltd. (M&M Ltd.), a part of the $20.7bn Mahindra Group, reported sales of 43,721 vehicles in April 2019, which has declined by 9% yoy. The company had sold 48,097 vehicles during April 2018. Domestic sales dropped by 8% yoy at 41,603 vehicles during April 2019, as against 45,217 vehicles in April 2018. Commenting on the month’s performance, Rajan Wadhera, President, Automotive Sector, M&M Ltd. said, “The ongoing elections have subdued the purchase sentiment during April. This, according to us, is a temporary phenomenon. We believe, following the elections, the auto industry will see a revival in consumer demand. Supported by a normal monsoon, we are confident of seeing higher sales in FY20”.

On the flip side, Bajaj and TVS registered a rise in total sales numbers for April due to unexpected growth in export sales.

Bajaj Auto registered a growth of 2% yoy in its total sales for April 2019 at 423,315 units compared to 415,168 units in same period a year ago on the back of the highest ever exports of motorcycle (MC) and commercial vehicles (CV). However, sales of commercial vehicles were marginally down with total sales declining 13% yoy at 57,047 units. This includes sales of 26,229 units in domestic market and exports of 30,818 units.

Overall, the growth of auto manufacturers is tepid due to weak domestic demand. However, projection of the Indian Metrological Department for ‘near normal monsoon’ may bring some relief to operators in the sectors of agriculture machinery in coming days.