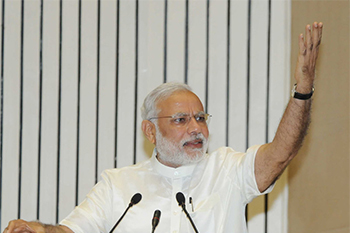 These sectors will emerge winners with Modi winning

Rural consumption has taken a hit in the last few quarters and is likely to be the primary focus of the current government.

The Nifty and the Sensex have been on an uptrend ever since the exit poll outcomes were announced. But the sharp correction in the indices on counting day raised some short term concerns. Is the market genuinely strong and how much higher can the index go? What are the sectors that will benefit in Modi 2.0? Obviously, the trajectory of reforms is not too clear at this point of time, but one can make a reasonable extrapolation from the first term. Here are five sectoral themes that could emerge as winners in Modi 2.0.

This is the one sector that is likely to be in the limelight. In the midst of an expected global slowdown and a worsening trade war, the first priority of the Modi government will be to keep the public spending robust. This will surely be a boost for consumption. Rural consumption has taken a hit in the last few quarters and is likely to be the primary focus of the current government. Of course, consumer durables demand may be a lot stickier but the demand for consumer staples would immediately benefit from the bigger spending. PM-Kisan and big rural outlays could show prominently on rural and semi-urban demand.

Mr. Modi best realizes better than anybody else that to keep the wheels of the economy continuously turning, banks and NBFCs are the fulcrum. The government left no stone unturned in the previous regime and that is likely to continue in the coming years too. Expect bigger capital support programs for PSU banks and the government may also take the lead in their consolidation. That should make them leaner, meaner and give them a larger balance sheet to grow. NBFCs need liquidity and the government and RBI may make bank funding and special credit lines available. For investors, the NBFC focus will be less on companies with a maturity mismatch.

The previous government had spoken about a lot of initiatives on the oil and gas front. But, other than liberalization of pricing of petrol and diesel, there was not much else for the oil companies. The focus on oil becomes a lot more important as crude prices are being forced up due to supply constraints and sanctions. Modi has consistently spoken about his concern over the ~84% dependence on crude oil imports as it puts a big strain on the CAD. We could see the exploration getting a boost with more transparent pricing and greater incentives for oil and gas exploration. This could be the dark horse in the next five years.

Power stocks have been lacklustre after seeing a huge bout of buying during the heady days of 2006 to 2008. Over the last few years, the power sector has suffered from high coal prices, poor quality of coal, inadequate supply, pricing constraints, delayed payments from SEBs, pilferage, etc. The power sector could see big reforms from prepaid meters, to a bigger focus on alternate energy to consolidation of the power companies in India. The government may also look to revamp its PPA (Power Purchase Agreement) methodology to make it fair to both parties. With the NPA challenge, there could be a lot of capacities on the block.

Focusing on the next big export story

With a monthly trade deficit averaging around $15 billion, oil prices will pose a challenge. The government must and will focus on the big export story. Over the last 30 years, India has created and nurtured export stories like textiles, gems & Jewellery, software and pharma. Over the last 10 years there has really been no big export story. That is essential if the trade deficit and the CAD have to be brought under control. It could be specialty chemicals or food products, electrical products, steel or aluminium. Each of these segments can be built up if nurtured properly. That could also throw up the next big stock market story!