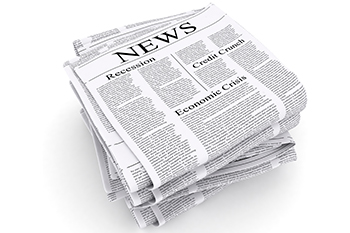 Top 10 trending Stock Market news you must know
The government's decision to extend the lockdown for another two weeks will definitely be on investor's minds as the markets open today. The markets wait for stimulus measures from the government continues even as March quarter earnings have begun, highlighting the disruption caused by the lockdown. Globally, focus will remain on the strained relations between United States of America and China after US President Donald Trump threatened to slap new tariffs on China over the coronavirus crisis. Corporate earnings for the fourth quarter will also take centre-stage this week, which include companies like HCL Tech Ltd, Yes Bank, Tata Coffee, Persistent Systems Ltd, NIIT Tech Ltd, etc. Let us look at the stocks that will be in focus as markets open on Monday:

Reliance Industries Ltd: The country's largest company by market capitalization reported a consolidated profit of Rs6,546cr during January-March quarter with a one-time loss of Rs4,267cr. RIL reported a consolidated revenue of Rs659,205cr, an increase of 5.4% as compared to Rs625,212cr in the previous year. Increase in revenue is primarily on account of higher revenues from the consumer businesses. Gross refining margins increased to $8.90 per barrel in Q4FY20 over $8.20 per barrel in Q4FY19. However, the figure stood at $9.2 per barrel in the preceding quarter ended 31st December. The board of the Mukesh Ambani led company has also announced its biggest rights issue of Rs53,125cr at a ratio of 1:15 at a price of Rs1,257/share.

Hindustan Unilever Ltd: The maker of Dove soaps and shampoos reported a decline in consolidated net profit by 3.5% to Rs1,515cr in the quarter ended 31st Mar, 2020. The FMCG giant had reported profit of Rs1,571cr during the same quarter last year, according to its stock exchange filing. Hindustan Unilever's revenue from sale of products fell nearly 10% to Rs9,055 cr from Rs10,018cr in the same period last year. Domestic consumer growth declined by 9% with a decline of 7% in underlying volume growth. The management said that the spread of COVID 19 impacted the business from mid-March, which culminated into scaling down of operations post the national lockdown. The company also expects to see some adverse impact on discretionary categories and out of home channel.

Polycab India Ltd: Cable and wire manufacturer Polycab India Limited (PIL) has inked an agreement with Trafigura Pte Ltd of Singapore to buy 50% stake in Ryker Base Private Ltd (Ryker), thereby terminating the existing joint venture (JV). The purchase consideration is likely to be around $4 mn (Rs 30cr). The Indian firm had entered into a 50:50 JV with Trafigura in 2016 to incorporate Ryker to strengthen backward integration of its operations and improve quality of its key input copper. Post Trafigura's global strategic decision to exit from value-add manufacturing businesses in India where it is a joint venture partner, PIL decided to acquire balance 50% stake in Ryker from Trafigura making Ryker a wholly owned subsidiary of PIL.

Maruti Suzuki Ltd: India's largest carmaker has reported zero sales in the domestic market, (including sales to OEM), in April in the wake of the coronavirus pandemic. The company cited zero sales due to compliance with the government orders to shut down all production facilities. The company also said that after the government allowed resumption of port operations, the first export shipment of 632 units was undertaken from the Mundra port.

TVS Motor Company Ltd: Two-wheeler major TVS Motor has posted zero sales in the domestic market for the month of April, in a performance driven largely by the nationwide lockdown. However, the company was able to export 8,134 two-wheelers and 1,506 three-wheelers, following resumption of operations at Chennai Port. The vehicles had formed part of the company's March stocks. Rhe Company’s plants have been closed since March 23, in compliance with the Government of India guidelines.

Asian Paints Ltd: India’s biggest paints company announced its foray into the hand sanitizer category with the launch of the Viroprotek range of Hand and Surface Sanitizers. The product is being manufactured at the Company's existing plant at Ankleshwar, Gujarat, after obtaining all the necessary statutory approvals and permissions. The products will be available in the market starting next week.

Mahindra & Mahindra Ltd: Mahindra & Mahindra (M&M) on reported 83% decline in total tractor sales at 4,772 units in April with lockdown impacting sales. The company had sold a total of 28,552 units in the same month last year, M&M said in a statement. Domestic tractor sales were down 83% at 4,716 units last month as against 27,495 units in April 2019, it added. Exports were at 56 units last month as compared to 1,057 units in the year-ago period, a decline of 95%, the company said.

Let us look at the developments which took place on the global front
U.S. stocks fell on a quiet Friday as investors digested earnings warnings, gloomy economic data and the potential resumption of U.S.-China trade tensions. The Dow Jones Industrial Average (DJIA) closed down more than 622 points, or 2.6%, at 23,724, while the S&P 500 index (SPX) ended down 2.8% at around 2,831. The Nasdaq Composite Index COMP closed down 3.2% at about 8,604.

The administration of US President Donald Trump is reportedly considering measures against Beijing for its handling of the coronavirus pandemic. Trump's position is that China could have done more to warn and protect the world from the pandemic. US Secretary of State Mike Pompeo on Sunday said "enormous evidence" showed the new coronavirus originated in a lab in China, further fueling tensions with Beijing over its handling of the outbreak. China denies the claims and even the US Director of National Intelligence office has said analysts are still examining the exact origin of the outbreak.