x
Home » Top News » What is different while trading in MCX and NCDEX markets? 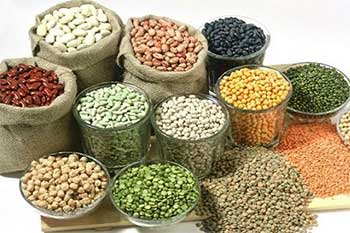 What is different while trading in MCX and NCDEX markets?

NCDEX and MCX were formed and became active exchanges for trading in commodities in 2003. In a way, NCDEX and MCX operate like the stock exchanges; the only difference being that they deal in commodities rather than in stocks and equity indices. Both the NCDEX and the MCX were regulated by the Forward Markets commission (FMC) till 2016. In the Union Budget 2016, the government decided to merge the FMC into SEBI and since then the two principal commodity exchanges viz. the NCDEX and the MCX have been regulated by SEBI. Let us first look at some key principles on which both the commodity exchanges operate.

Key principles on which MCX and NCDEX operate

Like any organized exchange traded futures market, the NCDEX and the MCX have the following features:
The one area where the MCX and the NCDEX differ from the NSE and the BSE is the area of delivery and the mechanism for delivery of futures. Traders can take positions in any commodity either for pure trading or for hedging with physical possession. Delivery intention has to be intimated to the exchange well in advance.

MCX and NCDEX differ on actively traded commodities
The area where the MCX and NCDEX actually differ is in the area of most actively traded commodities. NCDEX is predominantly an exchange with leadership in the agri commodity segments, while MCX has leadership in the area of gold, metals and oil. MCX has a market share of more than 80% of the overall commodity markets in terms of sheer volumes. Let us look at the unique features of their top traded counters.

How do the top five most active contracts on the NCDEX stack up?

As can be seen from the above chart, these are live volumes but give an idea of how agri commodities continue to dominate the NCDEX trading. Of course, one needs to remember a key risk here. Most of the spot agri commodities are regulated by the respective state governments and they tend to be politically very sensitive. Such commodities are not only subject to the vagaries of nature but also are extremely vulnerable to changes in government policy with respect to trading permissions, leverage permitted, ban on speculative positions, etc. Let us now turn to how this commodity mix looks on the MCX.