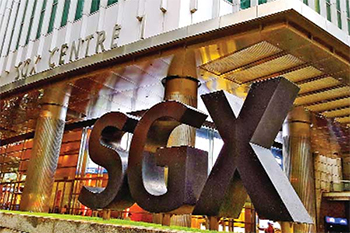 SGX Nifty gives exposure to traders who cannot trade on the NSE (National Stock Exchange) in India. Moreover, while the NSE market for futures remains open only for six and a half hours in India, the SGX Nifty remains open for 16 hours, and even after the Indian markets close. This makes it easier for traders to leverage from longer market hours. SGX Nifty opens up at 8 AM (Singapore time) on all working days. You can trade on this index from 6:30 AM to 11:30 PM, as per the Indian time (IST).

The geographical location of India and Singapore, which is located on the same continent, ensures a lesser time lapse between the two regions, and subsequently, a better connectivity between the two exchanges. As SGX Nifty opens up at 8 AM (Singapore time), which is earlier than the Indian stock exchanges, the initial direction which the Indian markets receive is from SGX Nifty.

While SGX Nifty is more volatile compared to its Indian counterpart (Nifty), both derivatives remain in sync with each other. A lot of external factors contribute to the volatility of the SGX Nifty, one being the higher number of working hours as compared to that of Nifty.

SGX Nifty not only provides the facility of trading in Nifty derivatives in the Singapore exchange but has also opened the doors for global players to trade in Indian derivatives. With this, more and more foreign investors have been encouraged to invest in the Indian derivative market.

Though sociopolitical, economic, domestic, and global factors affect the NSE, at the same time, it is a myth that they do affect SGX Nifty as well. SGX Nifty generally performs independently of how NSE has performed for the day.