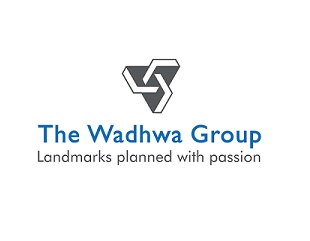 Redefining the skyline of Mumbai with iconic sculptures in residential and commercial construction, The Wadhwa Group was recently honoured with the prestigious Gold award in the category of ‘Best Execution of Performance Campaign’ at the Internet and Mobile Association of India (IAMAI), 6th India Digital Awards.

The group was awarded this recognition following a stringent multi-tiered selection process at pan-India level by a jury of 21 members including experts like Apurva Chamaria of HCL, Irwin Anand of OLX India, Gyan Gupta of Dainik Bhaskar and other eminent personalities. The annual awards recognize organisations and projects that have shaped and delivered new benchmarks for excellence in the digital and technology space across various verticals.

Speaking on the occasion, Navin Makhija, Managing Director, The Wadhwa Group, said, “We are delighted to receive this award, which will be marked as a testimony to the fact that alongside making landmark projects, we have also raised the bar in digital real estate marketing We at the group believe in being at par with the current generation’s inclination towards technology and social media and hence we have launched various media campaigns to encourage and innovate the real estate business.”

Expressing on the win, Siddharth Bhatia, Marketing Head, The Wadhwa Group, said, “Real estate unlike the other industries such as entertainment, FMCG etc. has embraced social media in recent times. In such a scenario competing with honchos established in this domain was a big challenge. We at the Wadhwa Group strive to deliver the best to our customers and hence we create some path-breaking campaigns despite being in the real estate domain which is quite reserved. We are really honoured to receive this recognition from IAMAI and hope to keep building many such avenues in the social media marketing arena.”

The campaign was executed by Realty Redefined and incorporated an integrated digital strategy offering a Campaign was executed across mediums which includes Google, Yahoo, Facebook, Money Control, Times of India, First Post etc. It was executed locally as well as in NRI regions such as US, UAE, Singapore, UK Etc. thus achieving above 75% enquiries. Real time traffic was analysed using Google analytics to understand user behaviour. Through this, impressions accounting to 10million on social media, reaching out to 7.5million and producing 1829 leads were generated.