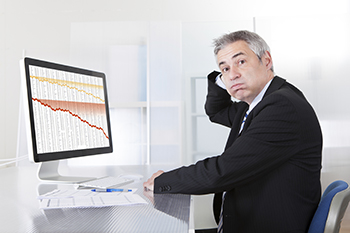 Financial mistakes that Millennials should avoid

Most of the Millennials is employed in corporate, where they are covered under the employer-provided insurance scheme.

People born in between 1980 and 2000 are often referred as Generation Y or the Millennials. Unlike the older generation, the financial habits of this group of people are less wise and lack order.

Here are some of the biggest financial mistakes that Generation Y make.

Following Friends or Social Circle: Unlike their parents, the Millennials often find themselves carried away by the lifestyle of others. The competitive nature of the generation forces them to match their lifestyles with that of their peers. It is one of the worst mistakes that Millennials do. It is only wise to analyze one's own financial standing and not compete with others.

Ignoring Insurance: Most of the Millennials is employed in corporate, where they are covered under the employer-provided insurance scheme. This facility makes the Generation Y ignore about their actual medical needs, which can make a big dent in their pockets if their jobs are gone. Same applies to the life insurance, which is a must-have for any individual.

Plastic Money: The trend of credit cards caught up after the new generation embraced it. People are now overly dependent on their credit cards, which is a cause of their money crunch.

Zero Savings: Savings is a basic requirement in building a corpus for anything, but, unfortunately, the new generation has less understanding about the same. The urge to spend on unnecessary things is far greater than the urge of saving. The idea of keeping an emergency corpus is an alien term for a major part of the population today.

Clueless on Finances: The work pressure and the other ad-hoc tasks has put the need of reviewing one's financial position in the back-burner. Millennials need to shift gradually to reality and start chalking out their financial worth before it’s too late to act.