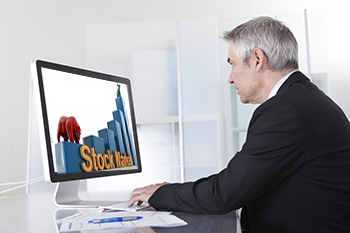 Nifty target of 9200 reasonable and attainable

Gautam Chhaochharia of UBS says that India remains a positive story in the medium term, but concerns underlie for near-term growth prospects as they see growth recovery to be gradual and mild.

The market correction over the last two-three months has made the Nifty target of 9200 reasonable and attainable, says Gautam Chhaochharia, Head - India Research, UBS. Chhaochharia told ET that that India remains a positive story in the medium term, but concerns underlie for near-term growth prospects as they see growth recovery to be gradual and mild.

Medium-term growth prospects
After trimming the Nifty target from 9600 to 9200 over the last few months, Chhaochharia reasoned that the action is reflective of earnings cut. He went on to state that since earnings estimates have already been lowered by 7% for FY15, FY16, and FY17, hence it is simply reflected in the Nifty target as well.

The growth recovery in the GDP and corporate earnings is expected to come in FY17 than in FY16, he added. According to their estimates, earnings will grow at a rate of 10% in FY16. Also, he said that their focus mainly on CPI and not WPI has also contributed to the lack of adjustment of their Nifty target in line with the corporate earnings, which resulted in the slash down of the target.

Stock-specific
Chhaochharia sees more disappointments in terms of earnings growth momentum on the cards going ahead. However, he explained that the Nifty target of 9200 and medium-term positive view on India comes on expectations that both inflation and interest rates will positively surprise the market. Chhaochharia keeps a neutral rating on ICICI bank, which is currently surrounded by NPA concerns. He told ET that the bank is highly corporate-driven, of which, a large part belongs to the international book. Hence there will not be a heavy uptick unless local credit cycle improves.

Meanwhile, Chhaochharia still likes the telecommunications space as they are overweight on stocks like Bharti and Idea. He said that quarterly numbers do matter, but the bigger picture of these companies is sound and robust in terms of pricing power and structure. He does not feel that the launch of Reliance Jio will make any sharp dent in the companies' profitability or its stock price.

Markets may see a day in green today, after some days in red