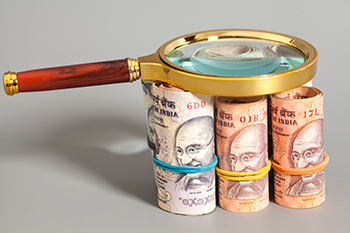 The Reserve Bank of India (RBI) during the financial year FY20, detected more than 2.96 lakh pieces of fake notes in Indian currency notes. RBI in its annual report said, 4.6% of the total fake notes detected were at the central bank. While 95.4% of the total was detected at other banks.

However, the total fake or counterfeit notes detected were lower in FY20, compared to over 3.17 lakh pieces detected in FY19 and 5.22 lakh pieces in FY18.