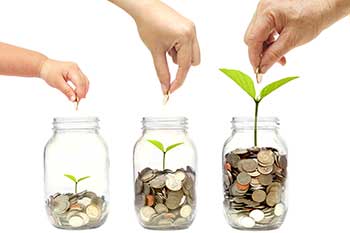 Shriram City has a large active customer base of 4.3 Million customers spread across 926 branches. Top 3 states for Shriram City are Tamil Nadu, Andhra Pradesh and Telangana. Shriram City has 94% of its branches located in Rural and Semi Urban locations. Public deposits comprise 22% of the company’s borrowings.

STFC has a strong customer based of 2.1 Million customers spread across 1821 branches. Top 3 states for STFC are Maharashtra, Tamil Nadu and Delhi. STFC has 88% of its branches located in Rural and Semi Urban locations. Public deposits comprise 17% of the company’s borrowings.

Commenting on the record FDs Mr. Y.S. Chakravarti, MD & CEO, Shriram City said: “We are constantly working on providing our customers better products, be it on the credit or deposit side and it is reassuring to see how many customers choose to place their hard-earned money with us. The rates offered by the Shriram Group entities are one of the most attractive in the industry and backed by a strong parentage it makes for a great investment, especially for risk-averse investors.”

Mr. Umesh Revankar, Vice Chairman & MD, Shriram Transport Finance Company Limited said: “At Shriram Transport we have invested extensively in the way we do business digitally, which has the potential to draw deposits and service loans from a broader pool of potential customers. Above everything it’s the long-standing positive relationships, strong brand awareness and loyalty, along with the fact that we are firmly established within the communities we serve that is bearing fruit.”