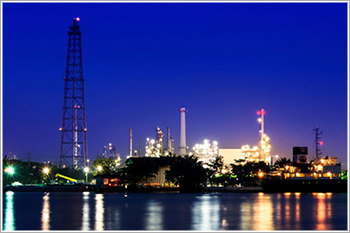 The domestic petrochemical industry is in the process of investing over $25 bn to meet the surging demand, besides to overcome the broad problems of infrastructure, power, water availability and others the Govt initiative of PCPIRs will greatly motivate the companies to invest them, ASSOCHAM said.

Growing at a compounded annual growth rate (CAGR) of about 14 per cent, petrochemicals industry in India is likely to reach $100 billion by 2020 from the current size of about $40 billion, according to a recent study by apex industry body ASSOCHAM.

“Petrochemicals currently contribute about 30 per cent to India's $120 billion worth chemical industry which is likely to grow at a CAGR of 11 per cent over next few years and touch $250 billion by 2020,” noted the study titled ‘Indian Petrochemical Industry: An overview,’ conducted by The Associated Chambers of Commerce and Industry of India (ASSOCHAM).

“Petrochemicals sector is one of the fastest growing segments with a growth rate of 13 per cent which is more than twice of growth of India's gross domestic product (GDP) and also the global growth rate in petrochemical space which is stagnant at 6 per cent,” noted the study prepared by the Energy Division of ASSOCHAM.

“Huge investments made in the petrochemical space bode well for the growth of this segment, besides there is a steadfast growth in the production activity of the main petrochemicals,” said Mr D.S. Rawat, secretary general of ASSOCHAM while releasing the findings of the chamber’s study.

“"Polymers, which is the dominant part of Indian petrochemical industry is growing at a superb pace, with the middle class household boosting the consumption and also annually contributes over Rs. 8,000 crores by way of taxes and duties to the national exchequer” said Mr Rawat.

“India stands a good chance in providing a lucrative market to the world as the general trend in the global petrochemicals market has shifted to the Middle-East and Asia from the West,” he added.

“Encouragement for investment has been another significant growth factor for the petrochemical industry as the capacity of different products is in production, segmentation, and consumption trend of each of the products and so the economies of scale play a very important role in the profit making mechanism of this industry, thereby determining scope of each of the competitors in industry,” further said Mr Rawat.

“The domestic petrochemical industry is in the process of investing over $25 billion to meet the surging demand, besides to overcome the broad problems of infrastructure, power, water availability and others the Government initiative of PCPIRs will greatly motivate the companies to invest them,” highlighted the ASSOCHAM study.

Securing feedstock, right product mix, mergers and acquisitions (M&As) opportunities are currently key imperatives for petrochemical industry in India, besides there are lucrative opportunities in segments like specialty chemicals, specialty polymers, for catering to huge emerging domestic demand as also as a manufacturing hub - such initiatives are imperative for realise the growth potential of Indian petrochemicals industry, further noted the study.

Lion's share for making “Make in India” campaign a success has to be come from Petrochemicals sector, it added.

Compared to US and China, India’s per-capita consumption of polymers (PO + PVC) is still in nascent stage, however, opportunity to reach out to a large population and sustain the current economic growth would drive India’s polymer consumption.

While globally, the contribution of petrochemicals to the chemicals sector is about 40 per cent while in India, this sector accounts for only 25-30 per cent of the chemicals industry.

Markets trade flat amid weak global cues; Nifty around 17,500 dragged by IT stocks