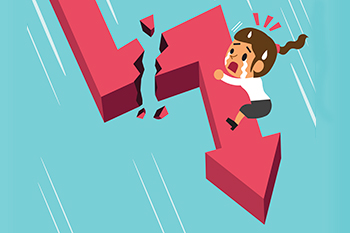 Oil and Gas stocks on Indian markets were under pressure on Tuesday as oil prices globally plummetted. The Nifty Oil & Gas index has erased the 8,000-mark and traded lower on the back of a broad-based selloff. Heavyweight stocks dragged the index with Reliance Industries witnessing a steep fall among other major oil marketing companies (OMCs). On the index, currently, 13 scrips have declined while only two scrips have advanced.

HPCL was the top bear nosediving by 3.5%, followed by index heavyweight RIL shedding over 1.7%.

Stocks like BPCL, Indian Oil and Castrol dipped more than 1% each. MGL fell 0.8%, while MRPL and Petronet LNG dived 0.6% each.

Gujarat Gas, IGL and GSPL slipped marginally. Gail and ONGC were flat but in red.

Adani Total Gas was the top gainer soaring 0.6% followed by Oil India but with a slight upside.

Crude oil prices dipped today after a rebound in some Covid-19 cases in Europe that fueled concerns about demand amidst higher supply expectations. Also, traders feared that the US may release crude reserves to halt the rally in gasoline prices.

During an event at Abu Dhabi International Petroleum Exhibition and Conference (ADIPEC), Hardeep Singh Puri, Union Minister of Petroleum and Natural Gas, and Housing and Urban Affairs stated that India will have "massive additional" areas for oil exploration and production by 2025. The minister said that the government will step up exploration, production in a "very big way".