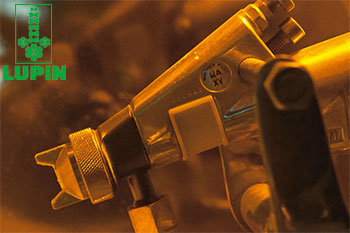 Pharma-major, Lupin has received the board of directors approval for settling the litigations involved in Glumetza matter. The has agreed to settle with the plaintiffs for an amount of $150M to the Direct Purchaser Group (subject to Court’s approval) and $98M to the Retailer Opt-Out Group.

Lupin in its regulatory filing said that the  Company and its subsidiaries are involved in intellectual property claims and legal proceedings, which are normal to our business. Often, these litigations are resolved through settlement agreements with the plaintiffs.

The company highlighted that there were multiple antitrust class actions filed in the Northern District of California, U.S. against several stakeholders, including Lupin Ltd. and its subsidiary Lupin Pharmaceuticals, Inc., U.S., in connection with Glumetza, a drug for treatment of diabetes.

Lupin said that "Two of the plaintiffs separately representing majority of th claims against Lupin are collectively addressed as the Direct Purchaser Group and the Retailer Opt-Out Group. The lawsuits alleged that the 2012 settlement of patent litigation regarding Glumetza delayed the availability of generic alternatives, causing consumers to pay higher prices for the drug. The Company has disputed these claims and defended these matters vigorously."

That said, Lupin stated that intending to resolve this dispute, considering that other defendants have recently settled the case and in light of the increased uncertainty, the Company has agreed to settle with the plaintiffs for an amount of $150M to the Direct Purchaser Group (subject to Court’s approval) and $98M to the Retailer Opt-Out Group. The Board of Directors approved the same.

Notably, Lupin assured that this settlement will not have a significant impact on the financial position of the Company.