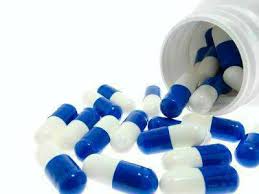 The Government has approved the Production Linked Incentive Scheme for Pharmaceuticals on Feb 24, 2021 which was notified in the Gazette on March 03, 2021. The Operational Guidelines containing the details of the scheme on each aspect and the process of making applications were issued on 01.06.2021. These operational Guidelines can be found on the website of the Department and can be accessed at https://pharmaceuticals.gov.in/schemes.

The scheme estimated the export generation potential of Rs1,96,000cr over a period of 6 years in all three categories of products under the scheme which includes high-value products as well.

The PLI scheme estimated the investment potential of around Rs15,000cr and the generation of the employment potential of 20,000 direct and 80,000 indirect jobs as a result of the growth in the sector over the period of the scheme.

At present low value generic drugs account for the major component of Indian exports. As far as patented drugs are concerned, the same are imported as well as manufactured in the country. The scheme incentivizes the manufacturing of patented drugs and other high value drugs at an incentive rate of 10% of incremental sales which is the highest amongst the product categories under the scheme.

The information was given by the Union Minister of Chemicals and Fertilizers, Mansukh Mandaviya in a written reply in the Lok Sabha.